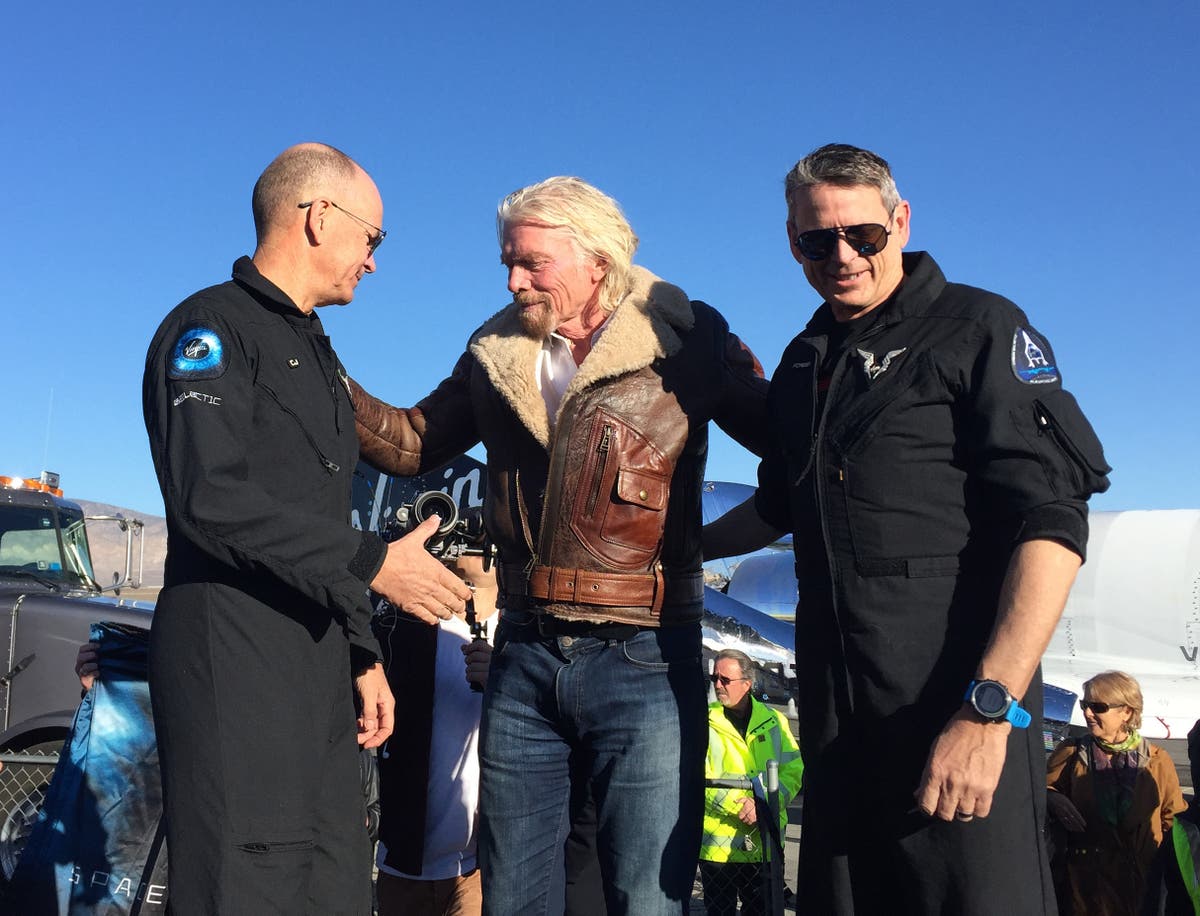 irgin Galactic have been ordered to temporarily halt test flights into space while US safety regulators investigate an issue that occurred during founder Sir Richard Branson’s journey in July.

The Federal Aviation Administration (FAA), which regulates all aspects of US civil aviation, announced earlier that it was looking into a deviation mishap of the aerospace company’s SpaceShipTwo vehicle on its return to Earth.

But issuing an update later on Thursday, authorities said Virgin Galactic “may not return the SpaceShipTwo vehicle to flight until the FAA approves the final mishap investigation report or determines the issues related to the mishap do not affect public safety”.

“The FAA is responsible for protecting the public during commercial space transportation launch and re-entry operations,” a statement said.

The move could disrupt plans for the firm’s next planned test flight, the Unity 23 mission, which is aiming for a flight window in late September or early October.

Earlier, Virgin Galactic said the flight’s “ultimate trajectory deviated from our initial plan” and strayed out of its mandated airspace.

The company blamed high altitude wind changes, but said the spacecraft “did not fly outside of the lateral confines of the protected airspace”.

“Our pilots responded appropriately to these changing flight conditions exactly as they have been trained and in strict accordance with our established procedures,” a spokesperson explained.

“At no time did the ship travel above any population centres or cause a hazard to the public.

“FAA representatives were present in our control room during the flight and in post-flight debriefs.

“We are working in partnership with the FAA to address the airspace for future flights.”

Virgin Galactic has been approached for an updated response to the latest information from the FAA.

The probe emerged after a report by the New Yorker magazine claimed a light flashed in the cockpit, indicating that the landing was “too shallow and the nose of the ship was insufficiently vertical”.

Virgin Galactic said it disputes the “misleading characterisations and conclusions” in the article.

At the time of the flight on July 11, the billionaire businessman hailed it as an “experience of a lifetime”.

He became the first owner-astronaut to take part in a mission, leading a series of space breakthroughs this year, with Amazon founder Jeff Bezos also blasting off in July, while Elon Musk continues work on his SpaceX company.