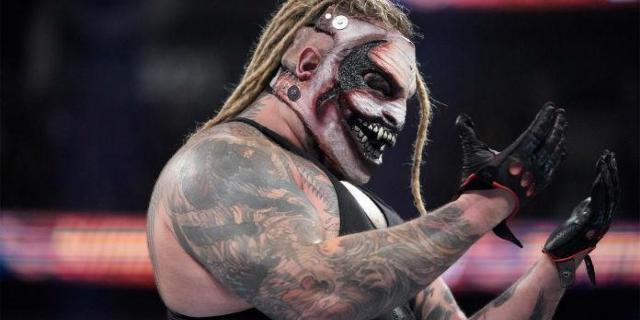 Bray Wyatt took the wrestling world by storm back at SummerSlam when he made his demonic alter-ego, “The Fiend,” made its debut in a match against Finn Balor. Wyatt’s new entrance alone was able to go viral thanks to a remixed version of his entrance theme (which quickly made its way onto the music charts once it was released) and a new lantern made to look like a severed version of his head.

However within days of the match there was already concerns that WWE might make Wyatt’s terrifying character fit better inside the product’s TV-PG rating.

Sportskeeda‘s Tom Colohue claimed he had a source within the company saying WWE would tone down Wyatt’s persona in the near future.

“The want a happy medium,” Colohue wrote while quoting his source. “This is something special but it needs to be special without scaring half the audience away.”

The story got picked up by a few websites, one of which Wyatt responded to.

Stop spreading this propaganda. And fire your informants. pic.twitter.com/GxFDM2jtnS

“Stop spread this propaganda,” Wyatt tweeted. “And fire your informants.”

The idea of WWE toning things down first popped up when the company uploaded Wyatt’s entrance to their YouTube channel but cut the footage before the camera got a good look at the lantern. However days later the WWE Instagram page posted a photo of Wyatt with the lantern on full display.

Jason Baker of Tom Savini Studios, who directed Wyatt’s Firefly Fun House segments, recently gave an interview with GameSpot where he explained how Wyatt’s lantern came to be.

“It’s all Bray’s brainchild,” Baker said. “He had these ideas, and we did some concept art, but it wasn’t really hitting home with Bray. So he got a really, really good sketch artist named Kyle Scarborough, out of St Louis, to do some concept art for him. Those sketches were awesome, and we took those and brought them to life.

“They’re good blueprints, but we put our own stamp on the mask as well,” he added. “It comes down to sculpting, logistics, and comfort. If the guy’s going to wear this while beating the living piss out of people, he should be able to see out of it and make sure it’s strapped to his head.”

Wyatt appeared on Monday Night Raw this week and attacked Jerry “The King” Lawler with the Mandible Claw.