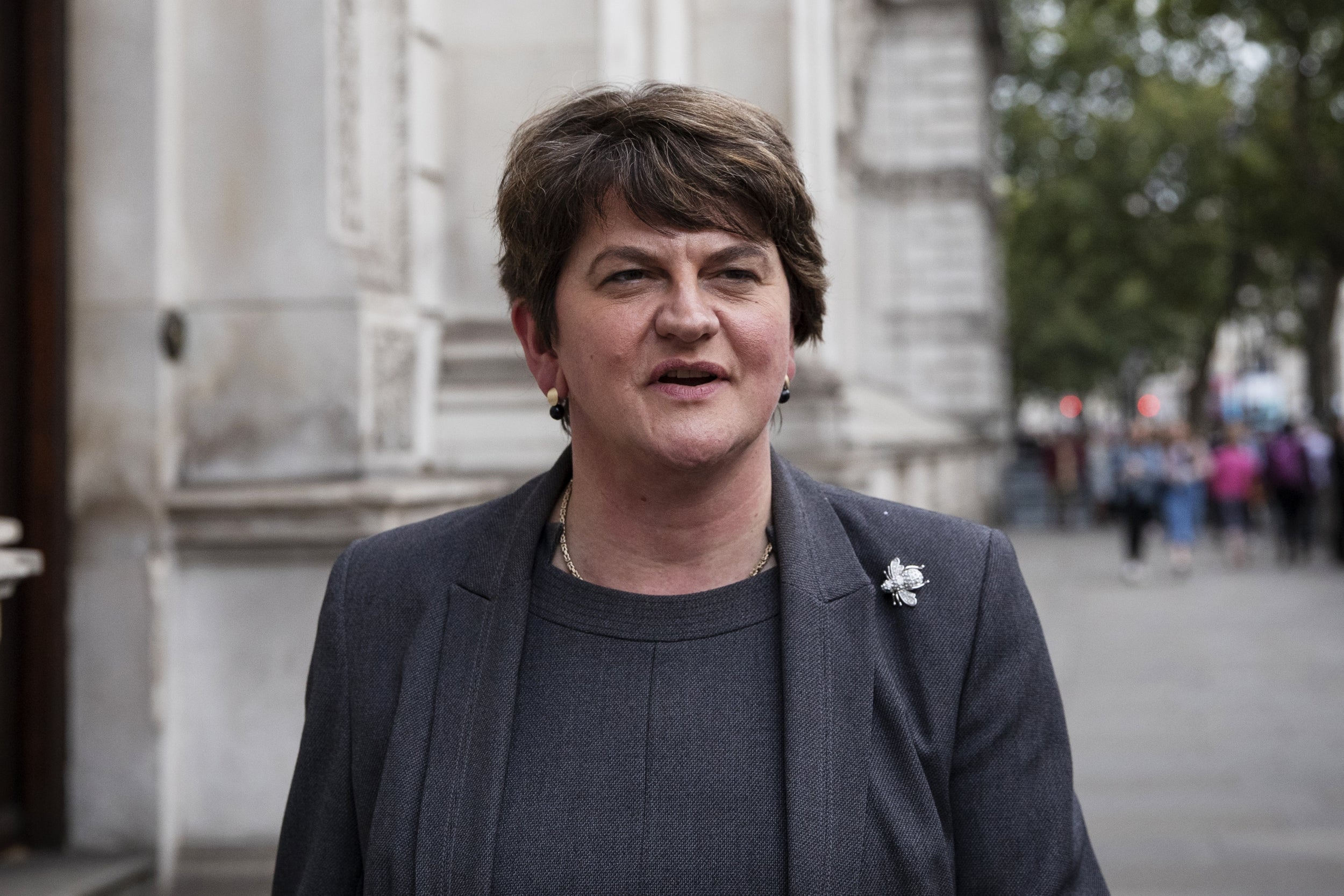 The Democratic Unionist Party (DUP) has dismissed experiences it has moved its red lines on Brexit and opened the door to a brand new deal as “nonsense”.

Anonymous sources advised The Times that the get together can be keen to see Northern Ireland abide by some EU guidelines after Brexit in a deal to interchange the Irish backstop.

The paper claimed the most important get together in Northern Ireland had privately stated it could drop its objection to regulatory checks in the Irish Sea, one thing it had beforehand stated was unacceptable since it could separate Northern Ireland politically and economically from the mainland.

But DUP chief Arlene Foster has dismissed the claims as “nonsense”.

She tweeted late final night time: “UK should depart as one nation. We are eager to see a smart deal however not one which divides the inner market of the UK.

“We won’t assist any preparations that create a barrier to East West commerce.

The get together has repeatedly insisted regulatory checks in the Irish Sea can be unacceptable, as they’d separate Northern Ireland “politically and economically” from the mainland.

But The Times reported that the DUP had privately agreed to drop its objection to such checks.

Citing unidentified sources, The Times wrote that in return for such concessions, Brussels would abandon its insistence on Northern Ireland remaining in a customs union with the EU.

Instead, it could conform to fast-track “alternative arrangements” to make sure that the precise stage of responsibility was paid on exports with out the necessity for a tough border.

However, when requested in regards to the story on BBC NI’s The View final night time, South Belfast politician Christopher Stalford stated he didn’t “recognise that as our party position”.

Ms Foster then took to Twitter to dispel any uncertainty over the matter.

Meanwhile, Mr Johnson was warned in opposition to breaking the regulation over Brexit by Speaker John Bercow, who vowed “creativity” in Parliament would forestall a no-deal exit.

The warning got here as the EU’s chief negotiator stated there may be “no reason to be optimistic” {that a} new settlement may be brokered earlier than the Prime Minister’s deadline to ask for a delay.

Michel Barnier advised political leaders in the European Parliament on Thursday that he was unable to say whether or not discussions with the UK Government would end result in a deal by mid-October.

The PM is legally sure to ask Brussels for an extension to Article 50 if he can’t get MPs to again a deal by October 19, after Parliament authorized a regulation designed to stop a no deal.

Mr Barnier’s warning got here after the PM was pressured to disclaim mendacity to the Queen in order to safe his five-week suspension to Parliament as the Halloween departure deadline looms.

Outgoing Commons Speaker Mr Bercow stated in a London speech that the so-called Benn Act implementing the extension means the one potential Brexit consequence is one authorized by Parliament.

The former Tory warned that it’s “astonishing” that anybody has entertained the concept that the PM might disobey the regulation, after Mr Johnson stated he would relatively be “dead in a ditch” than ask for a delay.

Mr Bercow in contrast refusing to ask for a delay in “what one might regard as the noble end” of Brexit to a financial institution robber insisting they’d give their loot to charity.

If the Government comes near disobeying the Act, the Speaker stated Parliament “would want to cut off such a possibility and do so forcefully”.

“If that demands additional procedural creativity in order to come to pass, it is a racing certainty that this will happen, and that neither the limitations of the existing rule book nor the ticking of the clock will stop it doing so,” he stated.