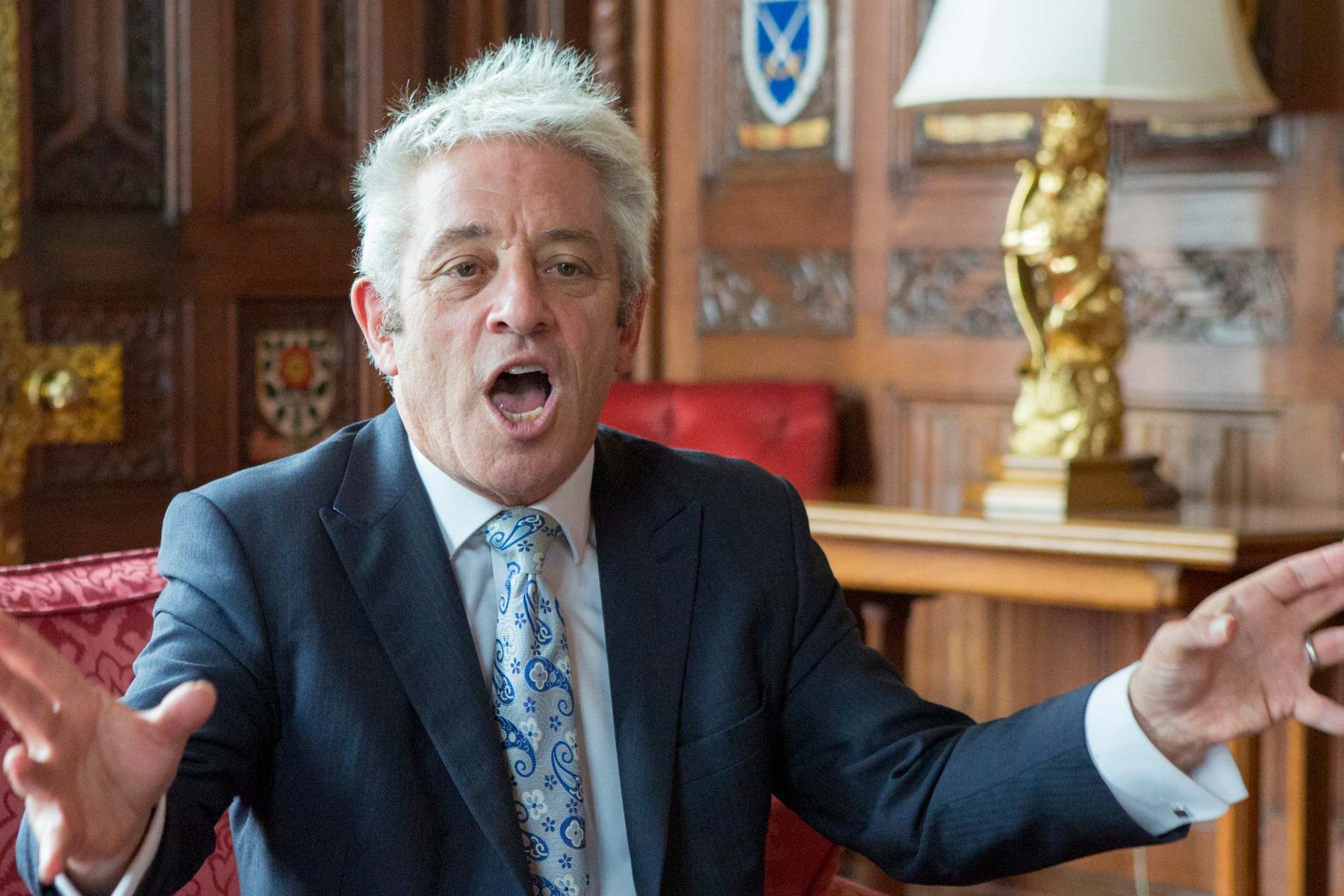 John Bercow piled pressure on Boris Johnson at the moment to abandon the five-week suspension of Parliament, declaring that he desires to “do my duty” and restart debates on the Brexit disaster.

In his unique first interview since Parliament was prorogued on Monday, the Commons Speaker mentioned members of the general public had been baffled by MPs being despatched away throughout “the biggest issue the UK has faced since the Second World War”.

“We’ve got a job to do,” he instructed the Evening Standard. “There is work to be done, there are voices to be heard, there are arguments still to be thrashed out, for alternatives to be posited.”

He added: “I do think there will be a lot of people in the country, of all political opinions and of none, who will say, ‘Surely at a time of a grave public policy challenge on the biggest issue the UK has faced since the Second World War, MPs should for the most part be at their place of work’.”

Mr Bercow pressured he would settle for the decision of the Supreme Court which will take into account authorized challenges to the suspension of the Commons subsequent week. But if the Government misplaced, it ought to “certainly very soon” recall Parliament. Although the Government had “every legal right” to attraction this week’s Scottish courtroom verdict that the prorogation was illegal, the Speaker mentioned he had obtained letters from the general public backing his cost that it was “a constitutional outrage”.

“If the government were to lose the case, I think that the consequence that would flow would be that people would expect Parliament to meet soon. Of course, wherever I was, you know, I would come back to do my duty.”

Asked if he thought the Queen had been misled, Mr Bercow was open-minded.  “I have no idea. I’m not going to get into that. I think let’s see what the court decides. I don’t want to presume to judge.”

Mr Bercow’s interview comes after he used a lecture final night time to warn Downing Street that he is ready to be “creative” in rulings if the Government makes an attempt to defy the brand new legislation designed to block a no-deal Brexit. He additionally appeared to evaluate the PM to a “bank robber”.

“If that demands additional procedural creativity in order to come to pass, it is a racing certainty that this will happen, and that neither the limitations of the existing rule book nor the ticking of the clock will stop it doing so,” he pledged.

That led to an assault on the Speaker from Brexiteer Sir Bernard Jenkin who instructed BBC Radio 4’s Today programme: “The office of Speaker has become irretrievably politicised and radicalised. It would have been unthinkable 10 or 15 years ago for the Speaker of the House of Commons to launch a personal attack on the Prime Minister like this.”

Sir Bernard mentioned MPs ought to now overview the position of Speaker.

“For one individual in what is now a contested, televised, very public and controversial position to have so much unregulated, untrammelled power is something, I think, that the House of Commons is going to have to look at,” he added. Mr Bercow is retiring from the Speaker’s chair this autumn after a decade within the job.

He defended his “acerbic” dealing with of MPs and admitted being “short-fused” often, however strongly denounced claims he has been “plotting with rebels” who efficiently seized the agenda.

He mentioned: “That’s flawed and disingenuous. It isn’t a query of plotting with one aspect of the opposite … I’m engaged in a mission to facilitate the House of Commons doing what it desires to do.

“If it desires to authorise and allow a no-deal Brexit, that’s its prerogative.

Brexit decision at this most important interval within the fortunes and historical past of this nation.”

In key developments at the moment, Democratic Unionist Party chief Arlene Foster tried to quash a report that her Northern Irish get together has thrown a “lifeline” to the Prime Minister by agreeing to drop an important objection to regulatory checks on items from the UK mainland. She tweeted: “We are keen to see a sensible deal but not one that divides the internal market of the UK.”

The Times, citing unidentified sources, wrote that in return for such concessions Brussels would abandon its insistence on Northern Ireland remaining in a customs union with the European Union.

The EU’s chief negotiator Michel Barnier mentioned there’s “no reason to be optimistic” {that a} new settlement might be brokered earlier than the Prime Minister’s deadline to ask for a delay.

Mr Barnier instructed leaders within the European Parliament that he was unable to say whether or not contacts with the UK Government would end in a deal by mid-October.

Irish premier Leo Varadkar mentioned “the gap is very wide” between the EU and the UK in reaching a deal on Brexit.

“We have always said we would be willing to look at alternative arrangements but what we’re seeing falls far short,” Mr Varadkar instructed RTE radio in Ireland.

The full opinions from the judges on the Scottish Court of Session in Edinburgh emerged yesterday night. Lord Carloway mentioned the “true reason” for the suspension was to scale back time for “Parliamentary scrutiny of Brexit” in a “clandestine manner”.