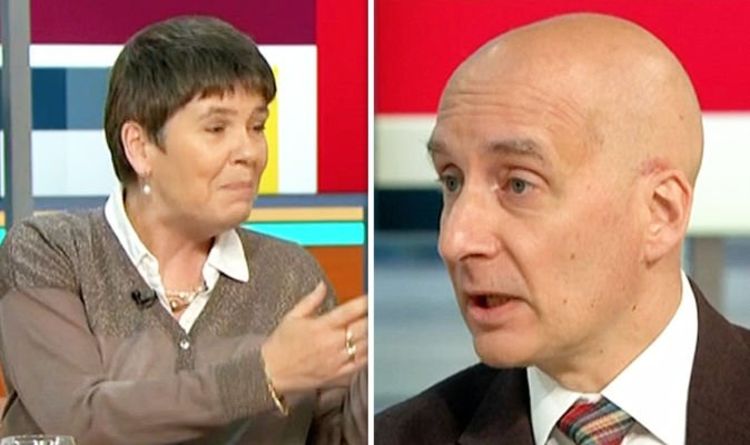 The Brexit Party MEP intervened as Lord Adonis hailed the decision from an unknown source within the Government to share details on Operation Yellowhammer, the masterplan devised to prepare for a no deal Brexit. The report leaked on Sunday warned of food and medicine shortages if Britain left the European Union without a deal, a claim the Government dismissed as the “worst-case scenario.” As the Labour peer warned against a no deal, Ms Fox intervened: “Just hold on, hold on – let me get my bit in.

“I think it’s interesting the government of Gibraltar, who have never been known as a big supporter of Brexit, they themselves were quoted in saying this was months out of date, don’t panic.

“They themselves have said it’s scaremongering. I’m not going to pretend there won’t be some disruption if there’s a clean Brexit, or a no deal Brexit, but I think what we’ve got to bear in mind as well is that so much of the attack at the moment doesn’t take into account a much bigger threat we face at the moment.

“If we don’t deliver this, there’s going to be a democratic crisis, unparalleled. And we are already nearly seeing that and I think that’s underestimated.”

Lord Adonis soon after resumed his anti-Brexit spiel, insisting the Government was “inciting self-harm for the country” with their plans for a no deal Brexit.

The Brexit Party also had to raise her hand later in the panel debate as the Labour peer continued to talk against Britain leaving the EU.

Ms Fox continued: “I just wanted to point out that when the referendum was held – I don’t want to re-run this thing – one of the things that was constantly said was that jobs would go, trade would go.

“When you say people didn’t know – I was in so many events, so many meetings listening to broadcasters and politicians telling me it was going to be the worst thing everyone did – there’s a point of principle here.

“People voted for their sovereignty and despite the fact people go, ‘sovereignty, what’s the point of that if you haven’t got a job’.”