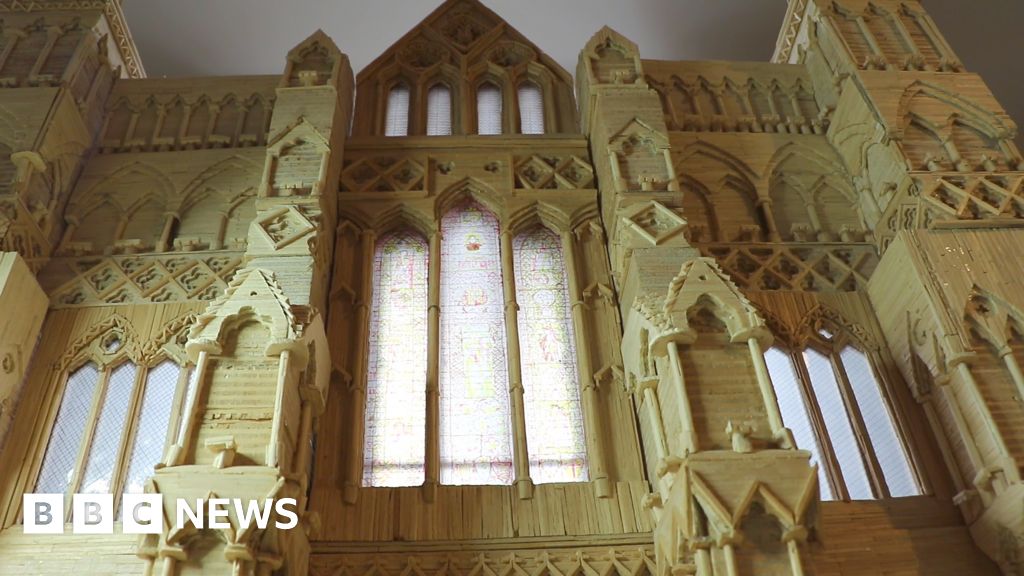 A Wiltshire man is on a mission to build the world’s biggest matchstick model.

He estimates it will take another 15 years and a record 6,000,000 matchsticks to finish the entire building.

The model is due to go on show at the Guild Hall in Salisbury, from Monday.