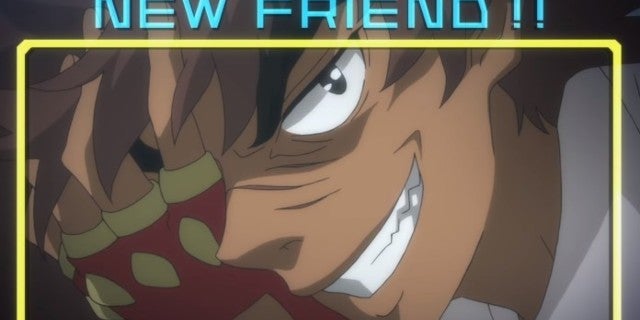 Netflix’s bigger push into anime has seen many huge series coming over from Japan and boosting the streaming service’s library, but one of the major efforts had fans’ interest ever since it was announced. LeSean Thomas’ Cannon Busters is unique for several reasons, and standout collaborative effort from both Western and Eastern creators.

Not only is it filled with a cast of characters normally not seen in anime projects, the series has had a well of support from fans from its initial Kickstarter pilot episode. But now that the full 12 episode series has released on Netflix, what are fans saying?

Fans are absolutely in love with Cannon Busters so far. From a great first impression with its stylish opening theme sequence (fans are already asking for a full OST release), to its stellar cast of diverse characters and voice actors, and production from the same studio as Symphogear, Cannon Busters is already a major hit in the making.

Read on to see what fans are saying about the series below, and let us know how you feel in the comments! You can currently find the series’ 12 episodes now streaming on Netflix if you want to check it out yourself!

find it amusing that everyone comments on this dude’s awful hygiene but he still takes the time to tie a tie properly and iron his white button up’s #CannonBusters pic.twitter.com/4pWEeHnc8a

how much cannon busters fanart do I need to draw for everyone to go watch it on netflix. well I’m not afraid to find out pic.twitter.com/vs1yEUpaAJ

We’re all saying #CannonBusters has all the vibes of Trigun and Cowboy Bebop and but it’s SO more than that.

Spotlighting varied, dark-skinned characters play leading roles in a wild, explosive, mecha, sci-fi show THAT IS ANIME is such a grand milestone in animation. pic.twitter.com/NcECDrRzE0