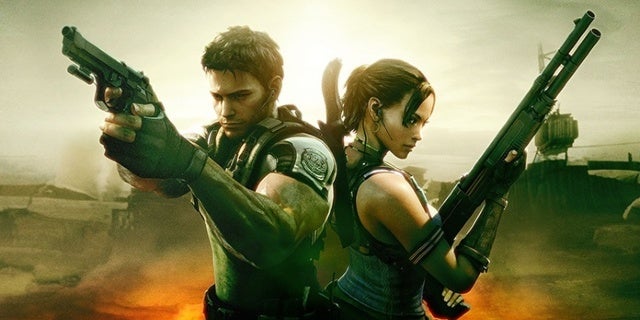 It would appear that Capcom is set to reveal a new entry in the iconic Resident Evil franchise this coming month. The company today revealed a teaser website with few details for something called Project Resistance. While little is known about the project thus far, and it hasn’t been directly called a Resident Evil title, at least officially, it’s notable that the “RE” in “Resistance” is in red while the rest of the letters are a creamy shade of white — and that the website links out to the official Resident Evil Facebook page.

The website notes that the teaser trailer for the new game is set to go live on September 9th at 10am ET. Additionally, Capcom will be showing off the game’s gameplay at its booth during Tokyo Game Show 2019. A small number of attendees will also be able to actually play Project Resistance at TGS, but only if they receive a ticket, and only (according to the rules listed on the website) if they are a resident of Japan.

Additionally, because the teaser trailer premiere is already live, albeit with a countdown clock to the premiere, some clever folks have been able to pull some thumbnails from the video, which appears to reveal a number of new characters. Check them out below:

While none of those characters look familiar, the introduction of several here as well as the manner in which they are positioned in the one thumbnail seems to indicate some kind of spinoff — and potentially co-op gameplay of some kind. While this is all educated guesses, we’ll know more soon enough.

What do you think? Is this a new Resident Evil game in the vein of Resident Evil Outbreak? Or is it something else entirely? Let us know in the comments, or hit me up directly on Twitter at @rollinbishop to talk all things gaming!

Project Resistance is scheduled to be revealed at 10am ET on September 9th. More details will be shown off by Capcom during Tokyo Game Show 2019, which runs September 12th through 15th. You can check out all of our previous coverage of Resident Evil right here.

On today’s episode, we’re talking the latest Pokemon TCG news and Kingler’s rise in Pokemon Go. We’re also looking into the big new Pokemon game – all that in today’s episode of A Wild Podcast Has Appeared! Make sure to subscribe now to never miss an episode!