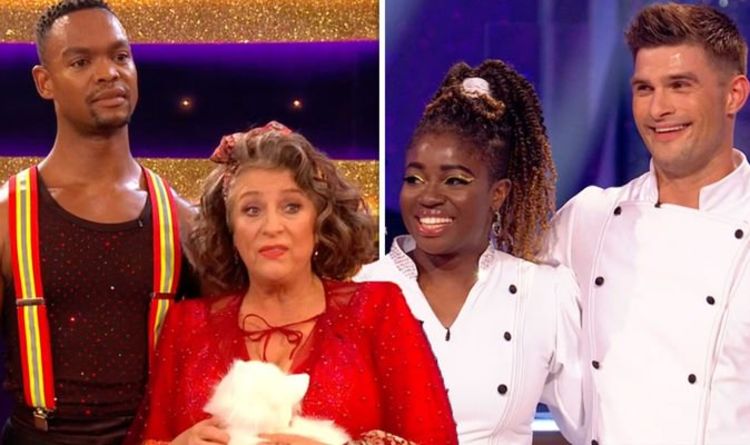 Caroline’s bizarre routine with Johannes Radebe left those watching with mixed opinions but it was undeniably the most bizarre dance of the night.

But the actress still picked up 24 points meaning it was Clara who was at the bottom of the leaderboard.

However, with Caroline the closest to Clara on the leaderboard, could it mean she will be the one who ends up leaving instead?

Strictly Come Dancing: The Results airs tonight at 7:25pm on BBC One.