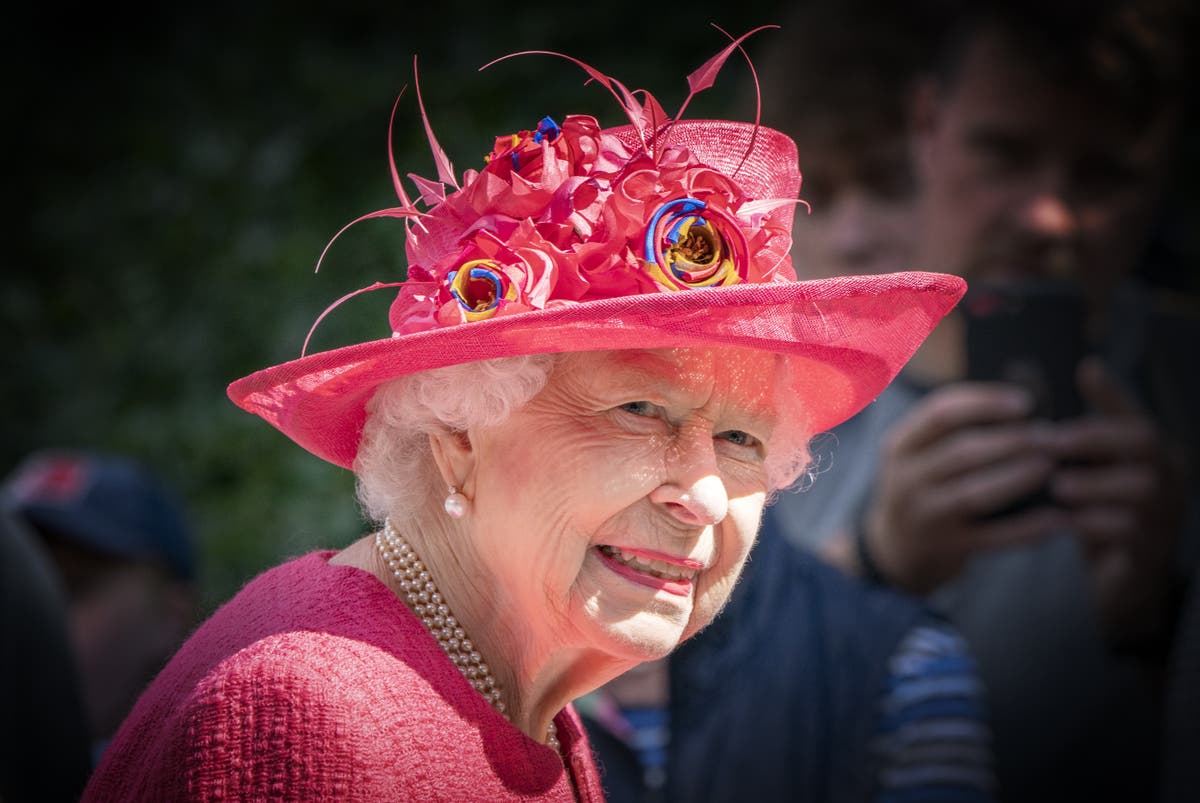 he Queen has sent her “warmest good wishes” from Balmoral to those attending a service marking the 50th anniversary of the Royal Scots Dragoon Guards.

The head of state was due to travel by helicopter to the event in the grounds of the Palace of Holyroodhouse in Edinburgh on Friday.

However, Buckingham Palace announced on Thursday night she would no longer attend as predicted bad weather could disrupt her travel plans.

The Queen has been staying at her private Scottish estate of Balmoral, where she traditionally spends her summer break.

The Duke of Kent, the regiment’s deputy colonel-in-chief, attended the drumhead service commemorating the formation of the Royal Scots Dragoon Guards in 1971, having been due to accompany the Queen, the regiment’s Colonel-in-Chief.

Addressing the duke, servicemen and women, veterans and others gathered in the palace gardens, the Regimental Association chaplain the Rev John Murdoch said: “You may have seen in the order of service that Her Majesty the Queen was due to be with us today.

“With much regret Her Majesty concluded yesterday that she would be unable to attend today’s service owing to predicted weather conditions for this morning which suggested travel disruption was likely.

“Her Majesty sends her warmest good wishes to everyone here today from Balmoral, and her thoughts are with you all as you celebrate your 50th anniversary.”

In a statement on Thursday night, a Buckingham Palace spokeswoman said the Queen “wishes to avoid any delay to the service”.

Leading the service, Mr Murdoch urged those present to remember the formation of the regiment on July 2 1971, when the 3rd Carabiniers and The Royal Scots Greys were amalgamated in front of the Queen and the Duke of Kent in Holyrood Park, beside the palace.

The regiment’s youngest trooper, Trooper Bell, then laid a wreath at an altar made of the regiment’s drums, created as part of the drumhead service which is traditionally held in the field during armed conflict.

It dates back to the 1700s when, lacking transport for church, the regiment’s padre would conduct the service in the field to enable soldiers to pay tribute to fallen comrades.

Prior to the service, the regiment marched down the Royal Mile from Edinburgh Castle to the palace.

Veteran John Rochester, 67, was one of those in attendance at the service.

A former sergeant major of the regiment, he served in West Germany, Northern Ireland, Canada, Belize and the Gulf in his 22 years in the Army.

Mr Rochester said the service is a “reflection of all that we stand for as a regiment – looking after each other, supporting the ideals the regiment has held not just since amalgamation but all the way back to 1678”.

He added: “Having the Queen send her word down and having the deputy colonel-in-chief, the Duke of Kent, here, it’s the same as the Queen being here.

“The Queen can’t be everywhere and at her age she shouldn’t be.”

The Royal Scots Dragoon Guards’ recent commitments include Operation Cabrit, the UK contribution to Nato’s Enhanced Forward Presence mission in Poland and the Baltic states, as well as supporting NHS Scotland throughout the pandemic with Covid-19 testing and vaccination programmes.