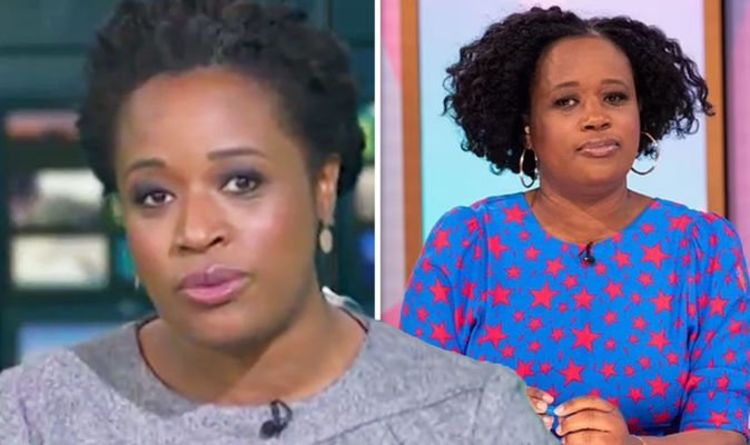 Charlene White, 41, penned a heartfelt message to Louise Minchin, 52, as the Loose Women presenter revealed the pair’s previous connection. It comes as the BBC Breakfast host announced her last day on the morning programme earlier this week.

Louise, who has been a part of the morning news show since 2001, revealed that her final day on the red sofa will be September 15.

Loose Women host Charlene took the opportunity to offer her well wishes to the broadcaster as she revealed the pair worked together almost two decades ago.

The presenter said that Louise may not remember the former colleagues working together on BBC News but added that she was always kind.

In view of her 51,000 followers, she penned: “Louise and I worked together about 16 years ago at the BBC News Channel.

“She was always so kind, took time to help ease my nerves, & was just wonderful.”

Charlene added: “She may not realise that it was me all those years ago, but I never forget those who were kind. Will miss you in the mornings!”

Her message comes after Louise recently took to Twitter and shared a photo while underwater.

In view of her 216,000 followers, Louise penned: “This is what it feels like to be leaving #BBCBreakfast after so long.

A third wrote: “Sorry to hear you’re leaving good luck with whatever you do.”

Speaking on Breakfast, Louise opened up about her decision to quit the programme.

“It would have been 20 years in December this year, so it’s a big change and honestly, still, when that alarm goes off every morning, I’m like, ‘Ugh’ – that’s the thing I’m most looking forward to,” Louise chuckled.

“I’m planning some really long swims, and getting back into running,” she concluded.