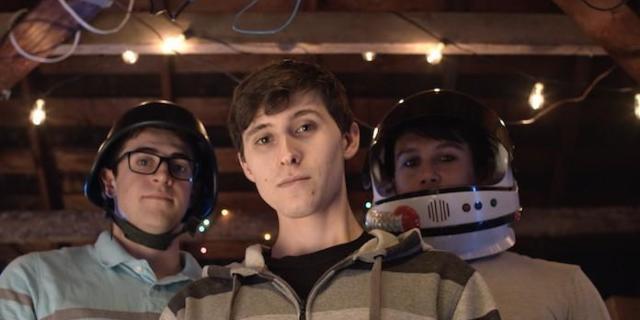 Prolific Pictures has provided ComicBook.com with an exclusive clip from Debunkers, Inc., director Matt Thompson’s family-friendly high school murder mystery which is set to be released on VOD platforms on September 3 from the studio. Described as “Stranger Things meets Scooby-Doo,” The Debunkers are a band of amateur detectives, who will do anything to become heroes (and make a buck while they’re at it). The hero’s code names are Link, Snake and Dr. Mario— named after their favorite video game characters.

Link, the CEO and leader, is more interested in the look of the business, rather than doing business. Doc, the CIO (Chief Investigative Officer) is Link’s honorable, trustworthy friend who is happy to bring along a new friend, Sheik (the intern, a Canadian foreign exchange girl), to join the group… and then there’s Snake (the Vice President of Clandestine Maneuvers, and Secretary), the mysterious wild-card who thinks he’s really a ninja and life is a series of video-game levels. Together these are the Debunkers, the self-proclaimed “premiere Mystery Debunking business in the state of California.”

These boys are willing to fake it till they make it, and so far they’ve solved only a handful of petty mysteries, but they’re about to get the assignment of a lifetime. During their first day of senior year of high school, two desperate girls, Heather and Joyce, call upon their help to solve the mystery of the murder of their friend, Nina Galanosa. The Debunkers, eager as ever to prove themselves, quickly agree, but soon begin to deal with expectations of reality.

So in other words, don’t expect this to go in an especially Riverdale direction; this is light-hearted fare, folks.

DEBUNKERS, INC. will be released on Sep 3 on Amazon, Vudu, iTunes and GooglePlay.