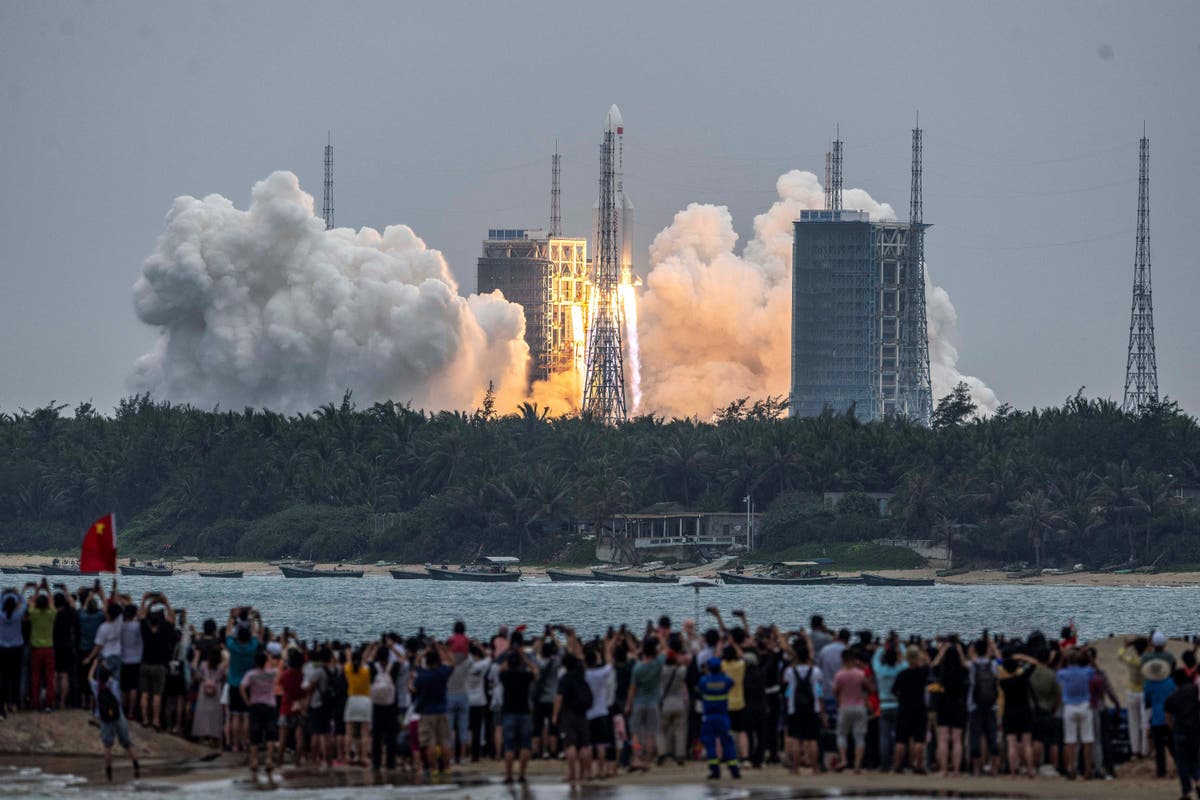 art of a Chinese rocket used to launch its first space station is set to fall back to Earth in an “uncontrolled re-entry”.

However, the 30-metre long rocket also entered a temporary orbit, meaning it will now be the subject of one of the largest ever uncontrolled re-entries.

While most expendable rockets do not reach a velocity that would take them into orbit, some experts fear in this case it could land on an inhabited area, reports The Guardian.

“Last time they launched a Long March 5B rocket they ended up with big long rods of metal flying through the sky and damaging several buildings in the Ivory Coast,” he said.

“Most of it burned up, but there were these enormous pieces of metal that hit the ground. We are very lucky no one was hurt.”

The rocket is orbiting the Earth every 90 minutes and it is passing just north of New York, Madrid and Beijing, and as far south as Chile and Wellington, New Zealand.

While it is most likely that any debris not burned up on reentry will land in the ocean or an uninhabited area, “the risk remains of damage to people or property,” according to SpaceNews.

Mr McDowell added: “The Long March 5B core stage is seven times more massive than the Falcon 9 second stage that caused a lot of press attention a few weeks ago when it re-entered above Seattle and dumped a couple of pressure tanks on Washington state.

“I think by current standards it’s unacceptable to let it re-enter uncontrolled.

“Since 1990, nothing over 10 tons has been deliberately left in orbit to re-enter uncontrolled.”

Components made of heat resistant materials, such as stainless steel or titanium tanks, can survive re-entry.

China says it wants to complete its Tiangong Space Station by 2022 following the launch of the remaining modules.