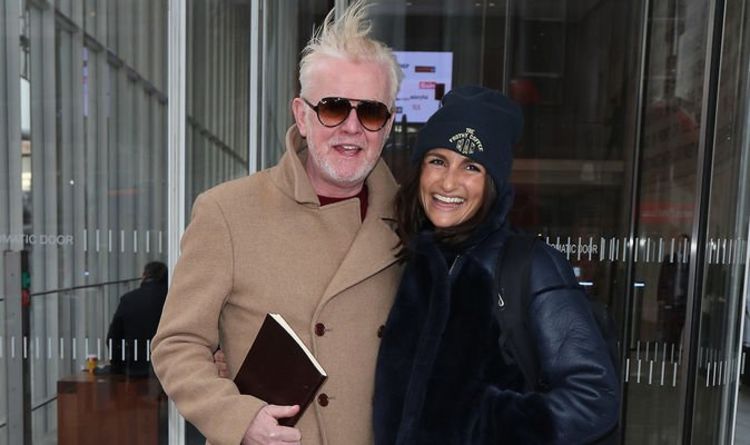 Chris told listeners he wanted to get Holly and her co-host Philip Schofield on the radio programme. The 53-year-old explained how he was very excited to have the pair on so he can interview them live. Speaking on his Virgin Radio Breakfast Show, Chris said: “It is our mission to get Holly on the show.

“Or even Philip, or Philly Willoughby.

“Marvelous Mary said she is on a mission to get Philly Willoughby on this show.”

He added: “She is one a mission from god.

In other news Declan Donnelly opened up about reuniting with his former I’m a Celebrity… Get Me Out of Here! co-host Holly Willoughby on holiday in Portugal.

The presenter shared details about their “brilliant” trip with Chris Evans on Virgin Radio.

The I’m a Celebrity… Get Me Out of Here! star spent a great deal of time with the This Morning star last winter after they teamed up to host the reality show together for the first time due to Anthony McPartlin’s, 43, absence.

Spilling about their reunion on The Chris Evans Breakfast Show, which was recorded in Portugal today, Dec gave listeners an insight into their antics in the holiday destination.

The TV personality opened up about the holiday when host Chris Evans, 53, quizzed: “Is it an ITV thing? Is it part of your contracts that you get to come here all together in the sunshine?”

“We all have just holidayed out here in the past and we all seem to just meet up in August.”

The Britain’s Got Talent presenter then gushed about the European country as he divulged: “We’ve been coming here for I reckon about 12 years.

“Since we did All Star Cup and around that time, we’ve been coming here at least once a year to play golf and it’s just brilliant.

“The sun is pretty much always out. The golf courses are brilliant, the people are fantastic, there’s no greater place.”

Chris Evans is known for his work on BBC shows such as Top Gear and The One Show.