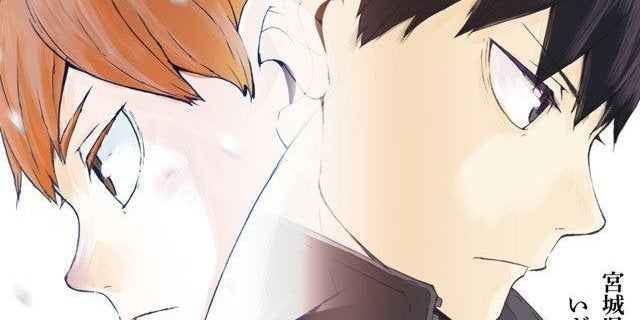 It looks like things are shaping up for Haikyuu at last! The famed sports anime has had some time off, but no one could be the Karasuno team down for long. Reports over the weekend confirmed season four will debut early next year, and the show’s music composer is already getting to work on the title.

Taking to Twitter, Yuki Hayashi got fans of Haikyuu all hyped with a single message. The composer shared the official release date of the new season all whilst confirming work is currently being done on the show.

“Currently, we are also working hard on the fourth season’s new song, so please look forward to it!”

For fans, this announcement is one worth celebrating. Not only does the tweet confirm Haikyuu is getting work done on season four now, but its soundtrack has always been a major draw for fans given Hayashi’s stellar reputation.

After all, the composer has become one of anime’s most well-known music talents. Hayashi saw his notoriety explode after providing music for Haikyuu season one. His tracks like “Battle of Concepts” and “Limit Switch” have become iconic themes within the fandom, and netizens are hoping season four comes up with some equally great music.

As for when this music will go live, fans are hoping to hear a bit of it soon in a trailer. Season four is not slated to debut until January 2020 which will make it a Winter cour venture. Haikyuu will air its new episodes on Friday nights in Japan to give international fans a gift on Saturday mornings, so Karasuno lovers better get ready. Their favorite team is heading back to the court soon with more determination than ever before and some solid music to back them.

So, are you excited to see this new season of Haikyuu make its debut? Let me know in the comments or hit me up on Twitter @MeganPetersCB to talk all things comics and anime!

Haikyu!! was originally created by Haruichi Furudate for Shueisha’s Weekly Shonen Jump in 2012. If you’re interested in seeing what the Haikyu!! fuss is all about, you can read up on it here: “Haikyu!! is a slice-of-life sports anime revolving around Shoyo Hinata’s love of volleyball. Inspired by a small-statured pro volleyball player, Hinata creates a volleyball team in his last year of middle school. Unfortunately the team is matched up against the “King of the Court” Tobio Kageyama’s team in their first tournament and inevitably lose. After the crushing defeat, Hinata vows to surpass Kageyama After entering high school, Hinata joins the volleyball team only to find that Tobio has also joined.”