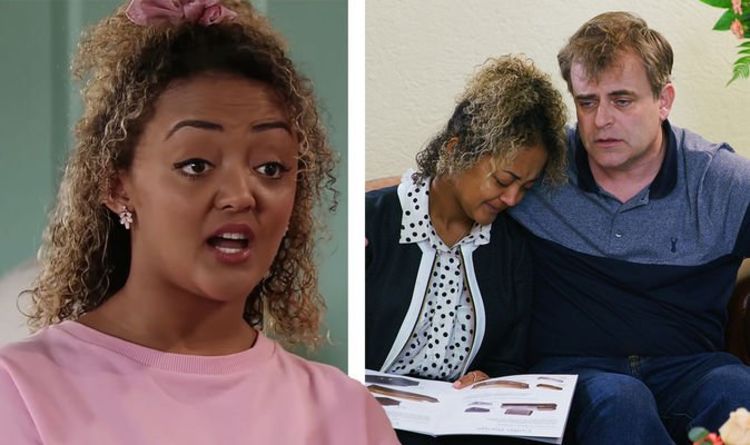 Coronation Street viewers are going to be saying goodbye to one of the funniest characters on the cobbles.

But it now seems the truth is too much for the hairdresser to process, forcing her to flee Weatherfield and start again.

There was a possibility the identity of her father being revealed would have driven her into the arms of her mother, but the pair have always had a rocky relationship.

Feeling betrayed, the actress who plays Emma has spoken out about her future on the Street.

During a conversation with Metro.co.uk, Alexandra explained why Emma is leaving and said: “She’s had enough.

“She doesn’t have a good relationship with her mum so all the close relationships she’s made on the Street were really important to her.

“The fresh new one with Steve, but because the trust has just gone with everyone, she thinks ‘I’ve had enough I need to get out of here. It’s too much for me.’”

Emma came onto the scene as David Platt’s (Jack P. Shepherd) girlfriend, working alongside him in Audrey’s Salon.

But after David confessed he was only using her to get over being raped by Josh Tucker (Ryan Clayton), Emma found herself in another whirlwind romance with Chesney Brown (Sam Aston).