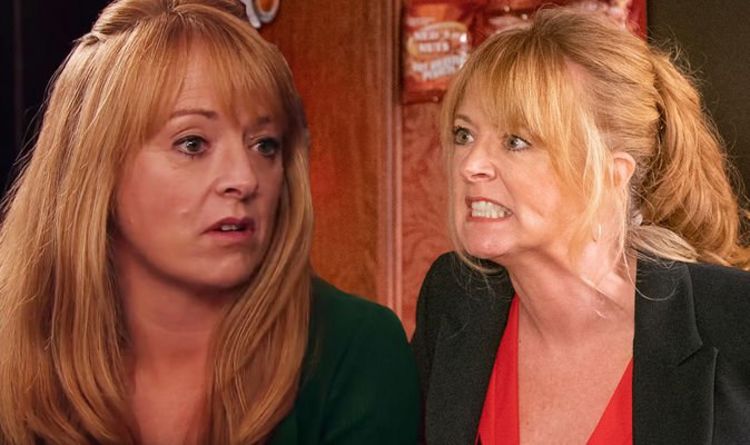 Coronation Street’s Jenny Connor (played by Sally Ann Matthews) has finally settled into the role of pub landlady and in recent scenes she revealed her big plans for the Rover’s Return.

Determined to prove herself to the other residents, Jenny decided to turn the pub into a B&B in order to capitalise the business and make a successful name for herself.

But there is a strong possibility her plans could be thwarted should a familiar face return and stir up trouble.

The actress recently spoke about reprising her role as landlady of the Weatherfield Arms and it has certainly caught viewers’ imaginations.

A Coronation Street fan tweeted a possible future storyline: “@itvcorrie and let’s have some comedy pub rivalry! Bring back @debbiearnold1 and the Weatherfield Arms to go up in competition with Jenny Bradley’s Rovers.’

Debbie retweeted the comment and added: “@itvcorrie yes please!!” Before suggesting how “Sylvie could be Carole of course with a name change – I love playing them both and love the fact you remember!”

Fans will remember how Debbie was introduced when a five a side football match was set up between the Weatherfield Arms and the Rover’s Return back in 2012.

At the time, Stella Price (Michelle Collins) was the owner of the Rover’s and the pair were “sparring partners”.

Alongside playing Carole, Debbie appeared on the Street several years prior but as Sylvie Hicks, a girlfriend of Mike Baldwin’s (Johnny Briggs) father, Frankie (Sam Kydd).