Mary (played by Patti Claire) is one of the most committed members of the Weatherfield community, with her job at the florist and nannying the many children of Coronation Street.

The ITV soap favourite was left heartbroken earlier this year when estranged husband Norris Cole (Malcolm Hebden) told Mary he wanted a divorce and would be selling No.3 where she once lived.

It’s fair to say, Mary has had a turbulent couple of months so could be due some reprieval, but she won’t be resting anytime soon.

Having returned to Weatherfield only a few weeks ago, Dev Alahan (Jimmi Harkishin) seemed to be relying on Mary to help him through his struggles with daughter Asha Alahan (Tanisha Gorey).

Mary does her best to step in

Mary has been living at the Alahan household since her estranged son Jude Appleton (Paddy Wallace) and his family left the cobbles last year, but things will soon change as the florist is made homeless.

Dev’s children are now in the prime of their teenage years and with his son Aadi Alahan (Zennon Ditchett) still in India, Mary was happy to help out around the house.

Weatherfield’s answer to super-nanny has also been trying to unravel why Asha is acting out, not realising she is using skin lightening cream to alter her appearance.

Shopkeeper Dev will come to the realisation next week with Aadi coming back to the cobbles imminently, maybe it’s time the house lives just him and his children.

However, this means broaching the subject with Mary, betraying her after all the help she’s given him in recent years.

Scenes to air next week will see Dev eventually tell Mary she needs to move out of the home so his teenage twins can have their own rooms. 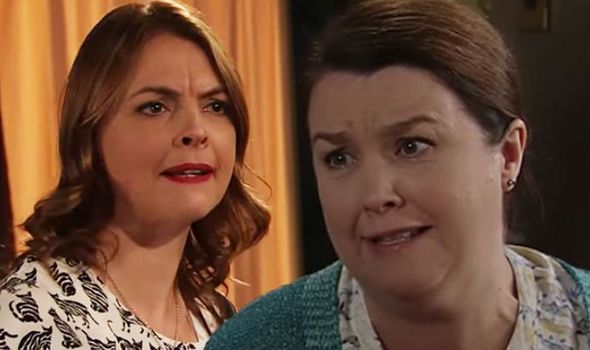 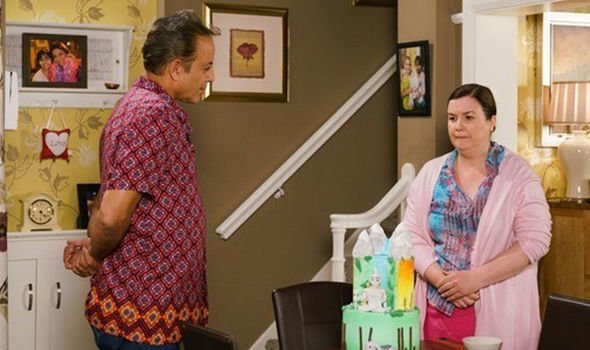 Coronation Street spoilers: Mary Taylor is told by Dev Alahan she has to move out the house (Image: ITV)

Viewers will have to wait and see how Mary takes the news and who in fact she ends up living with next as she is passed from pillar to post.

With her best friend Tracy Barlow (Kate Ford) trying to piece her own family back together after discovering Steve McDonald (Simon Gregson) was the father of Emma Brooker (Alexandra Mardell), it’s unlikely she’ll be able to move in there.

Roy Cropper (David Neilson) also has a lot on his plate, with Carla Connor (Alison King) living under his roof.

Tyrone Dobbs (Alan Halsall) could also be another option, but with his grandmother Evelyn Plummer (Maureen Lipman) ruling the roost, Mary won’t be able to settle.

As Mary’s options become limited, will anyone be able to help her out of her predicament or will she end up homeless?

Not being in the Alahan household however could give Mary a fresh perspective on what’s going on with Asha.

Speaking about the issue-based plot, Asha actress Tanisha, 17, explained her character’s relationship with Mary and how it is effected by her skin bleaching fixation in an interview released by ITV.

“She’s very hostile with both Dev and Mary, insisting they let her do her own thing.

“Asha lost her mum a long time ago and Dev tries to take on both roles, and Mary does her best to step in, but for Asha they’re too far removed from what she feels she’s going through and she just wants her own freedom now she’s getting a bit older.

“Asha is close to Mary but there’s too much of an age gap there, she feels like more of a grandmother figure and she can’t open up to her about how she’s feeling.”

Will Mary get to the crux of the issue once she’s out of the situation?