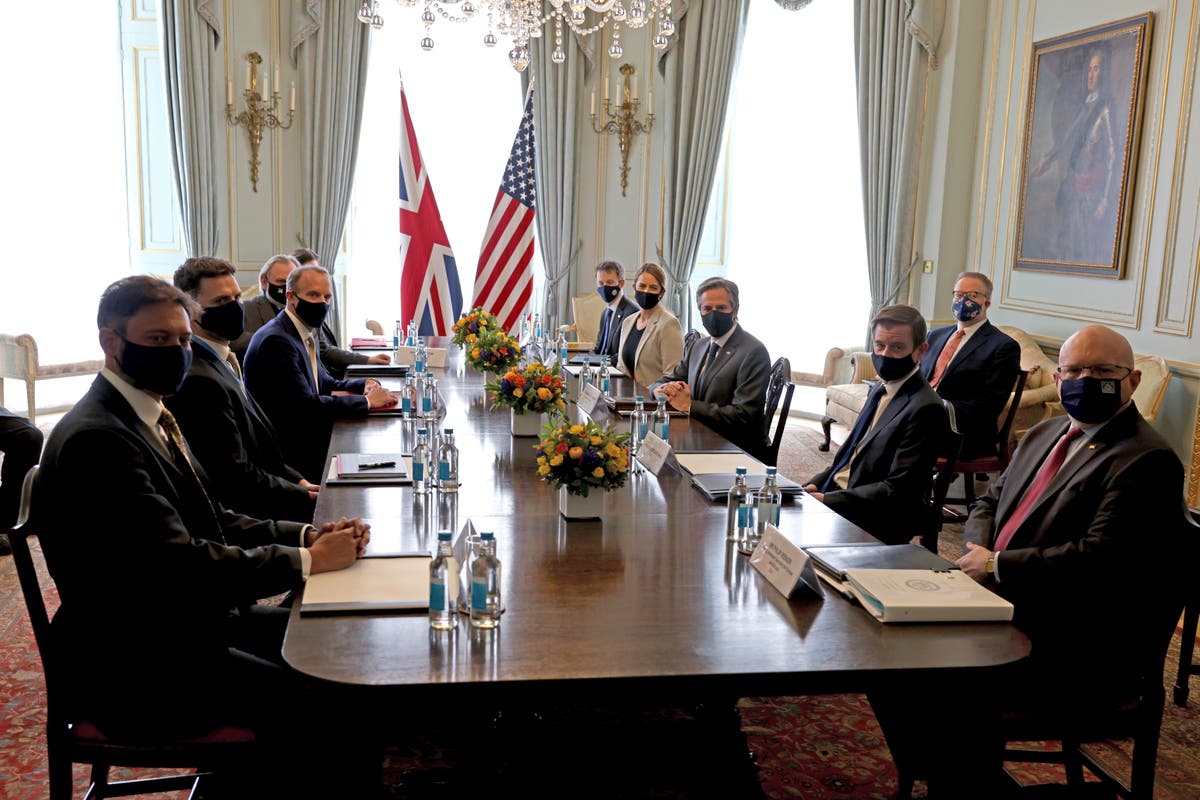 They are believed to be self-isolating for 10 days. The summit is to continue as planned.

The meeting of foreign ministers is the first face-to-face in two years.

Mr Zahawi told BBC Breakfast: “The protocols around testing and of course self-isolating apply to all the summit and the teams that support the foreign ministers that are in town at the moment.

“It’s important that I commend the Public Health England team that makes ssure that everybody is protected and anybody who has any symptoms or is identified to have an infection self-isolates, all that work is taking place.”

The G7 members are the US, UK, Germany, France, Italy, Canada and Japan. India is not a member but a delegation had been invited to attend.

The meeting, chaired by Foreign Secretary Dominic Raab, was on Wednesday expected to consider global equitable access to vaccines but ministers are unlikely to commit to specific pledges for the number of doses they will offer developing nations.

Mr Raab has stressed the UK’s commitment to the Covax initiative, which distributes coronavirus jabs to developing nations.

He said: “I think the Covax mechanism is particularly important at this very sensitive time, for the developing countries, vulnerable countries and the poorer countries around the world.”

Ahead of the foreign ministers’ meeting in London, Dr Tedros said the summit of G7 leaders could be “the most significant meeting in its history” because of their ability to lead a “global effort” to offer vaccines and fund treatments through Covax and the Access to Covid-19 Tools Accelerator (Act-a).

With India facing a devastating second wave of coronavirus cases, Mr Raab said: “We have been providing air concentrators, ventilators, things like that.

“Obviously there’s a good opportunity because India’s here to engage on all of those aspects, and I think it’s important when you are going through the eye of the storm to really listen to what they need.

“And obviously being able to meet and discuss that is a great opportunity.”

The ministers will sign up to new global targets to get 40 million more girls into school and 20 million more girls reading by the age of 10 in low and lower middle income countries by 2026 and also promise £10.9 billion over the next two years to help women in developing countries get jobs and build businesses.