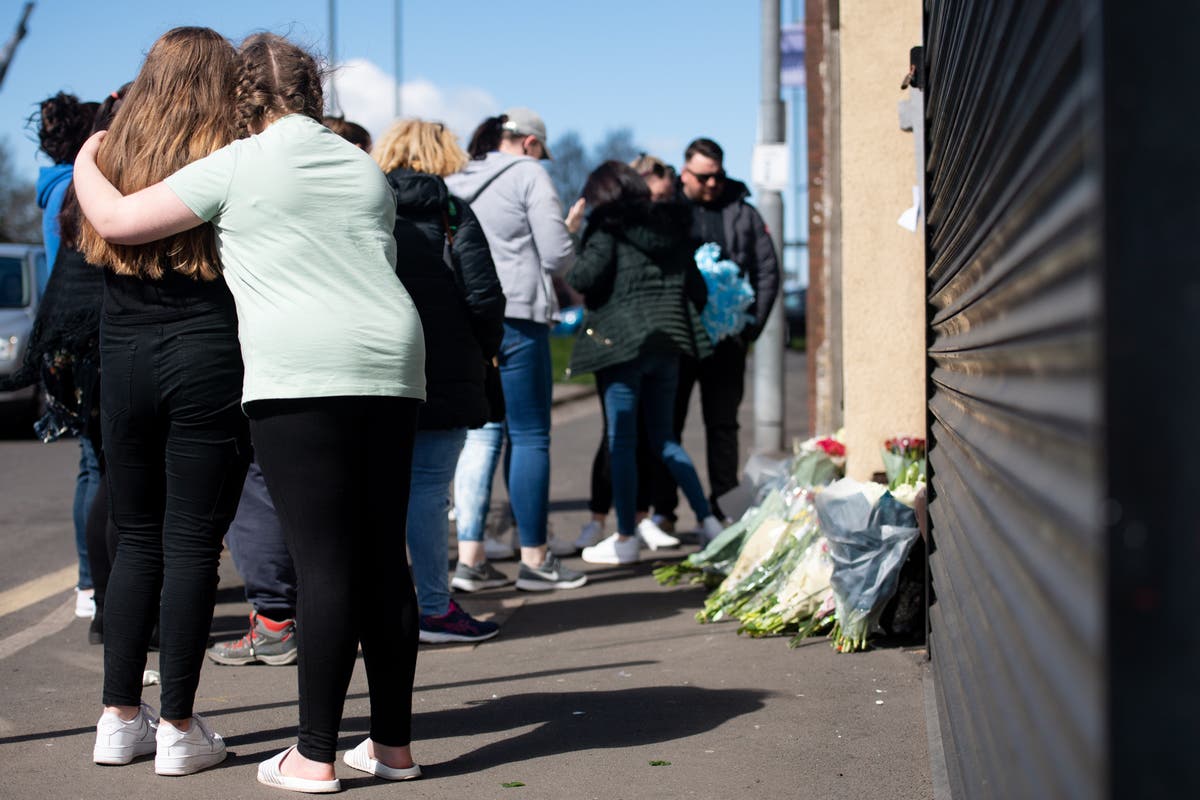 crowd-funding drive for the family of a two-week-old baby boy who was killed after a car hit his pram has reached more than £30,000, following a public outpouring of sympathy.

Little Ciaran Leigh Morris suffered serious injuries after a white BMW collided with his stroller as relatives were pushing him along the pavement in Brownhills near Walsall West Midlands on Easter Sunday afternoon.

He was rushed to hospital, but nothing could be done to save him.

In a statement issued through police on Monday, his parents said: “Mommy’s and Daddy’s hearts will always ache, we love you more than anything.

“We didn’t get to keep you for long but we are happy we had the chance to meet you, look after you and call you our son.

The death has shocked the wider community, with dozens of bunches of flowers laid at the scene, alongside balloons, gifts, and blue ribbons, tied to railings and street furniture in memory of Ciaran.

A crowd-funding site which was set up through JustGiving with an appeal target of £2,000 to help support the family, has now raised more than 10 times that total in just four days.

More than 2,000 people and businesses have so far donated.