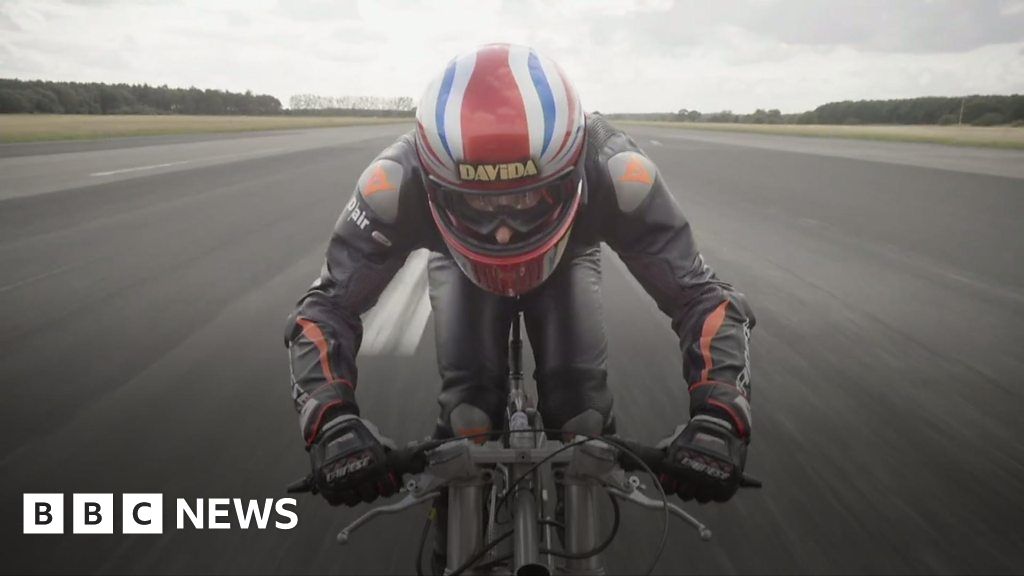 A cyclist has set a new speed record of more than 174mph on a bike released from the back of a Porsche as it hurtled down a runway.

Neil Campbell achieved the fastest bicycle speed in a slipstream (male) record at Elvington Airfield in North Yorkshire on Saturday, beating the previous mark set by a Dutch rider in 1995.

The 45-year-old architect, from Essex, was pulled along on a specially-built £15,000 bike attached to the back of a Porsche Cayenne.

He was then released to go through the timing gate under his own power.