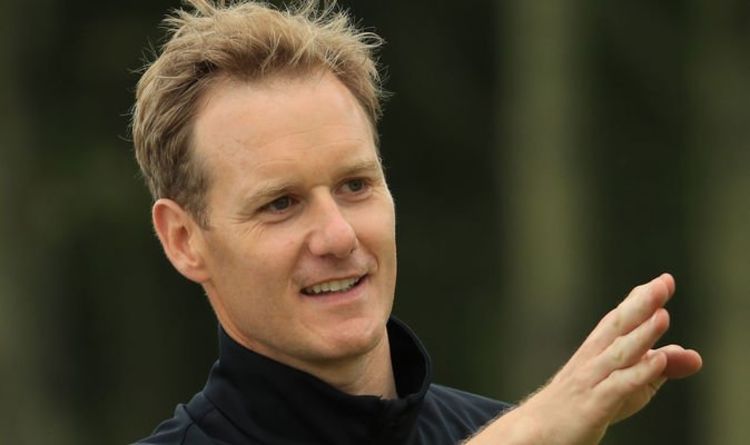 Dan is an avid social media user and often shares his passions with his hundreds of thousands of Twitter followers. He is a known lover of sport, which is replicated in his role on the BBC presenting its weekly programme Football Focus. But his first love of sports playing is golf.

And next month he will take to one of the country’s most iconic courses.

Taking to Twitter, he said: “Can’t wait to play on the BMW PGA pro am next month.

“Need to get the game in shape but it’s always an amazing day at Wentworth.

“Hopefully see some of you there on September 18.”

His fans were quick to wish him well.

One wrote: “I’ll be marshalling again Dan, hope to see you there.”

Another said: “Do you need a caddy, my hubby would love to join you.”

A third wrote: “Saw you grinding away at Trafford the other day.

“Looked like working on covering the ball more maybe?

Dan first took his place on the BBC Breakfast sofa as one of the main presenters after Bill Turnbull, 63, announced he was leaving following 15 years on the show.

In a recent interview with The Daily Mirror, Dan and Louise spoke out about their friendship.

Louise has claimed that they regularly help each other out of tight spots on air.

She said: “I think we’re both team players.