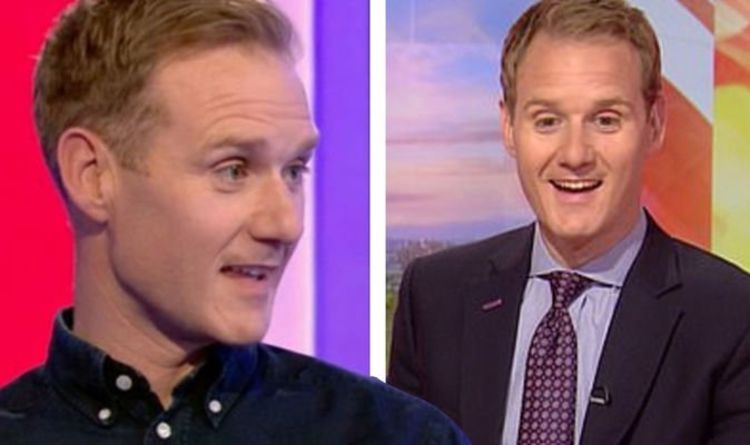 Dan Walker, 43, made the sad announcement that he will be leaving Football Focus after 12 years at the helm of the BBC sports show. While fans are eager to learn who will be replacing him for the position of main presenter, the BBC Breakfast star teased he has a someone in mind.

Taking to Twitter, the telly star explained to his 707,000 followers why he was leaving the show, and bid an emotional farewell to its loyal viewers.

But in a separate post he revealed one of his family members has “applied” for the position, with some viewers agreeing she’d make a great addition to the team after “upstaging” him plenty of times.

“I know loads of you want to know who is taking over on #FootballFocus next season…” he penned.

“All I can say is that Winnie has applied for the job.”

READ MORE: Dan Walker ‘to be replaced’ by Jermaine Jenas on Football Focus

While many may have fallen for the major hint, the image that accompanied his post showed Winnie, the Walker family’s beloved Cockapoo, who regularly makes appearances on the football show.

She’s won over the hearts of viewers throughout Dan’s decade long stint.

Despite viewer’s love for the pooch, the time will soon come for the new face of Football Focus to be revealed and of course, Piers Morgan couldn’t wait to weigh in on Dan’s departure.

The ex Good Morning Britain host, who also exited his own position last month, teased he would be hosting the weekly football show following Dan’s announcement.

In his video message to football fans, Dan said it was a pleasure to have presented the show for so long.

He said: “Hello! I have some news. This is going to be my last season presenting Football Focus.

“It’s been a real pleasure and an amazing 12 years and I can honestly I have loved every single second of it.

“I’m really proud about the job we have done, the changes we made to the show, the issues we looked at and at a time when the football landscape is changing immeasurably.

“But having said all that, after 12 years it’s time for someone else to take the reigns.”

The presenter confirmed he’ll still be appearing on Breakfast and across BBC sport, and teased he has “one or two other exciting opportunities further down the road”.

Many celebrity pals wished Dan well on his other ventures, with Ben Shephard disappointed to see him leave the sporting show.

“So sorry to hear this Dan – have loved and enjoyed more or less every one!!! You’re def owed a weekend lie-in. Can’t wait to see what’s next!!” he wrote.

Dan replied: “Thanks Ben. Hopefully see you soon once all this mess is over.”