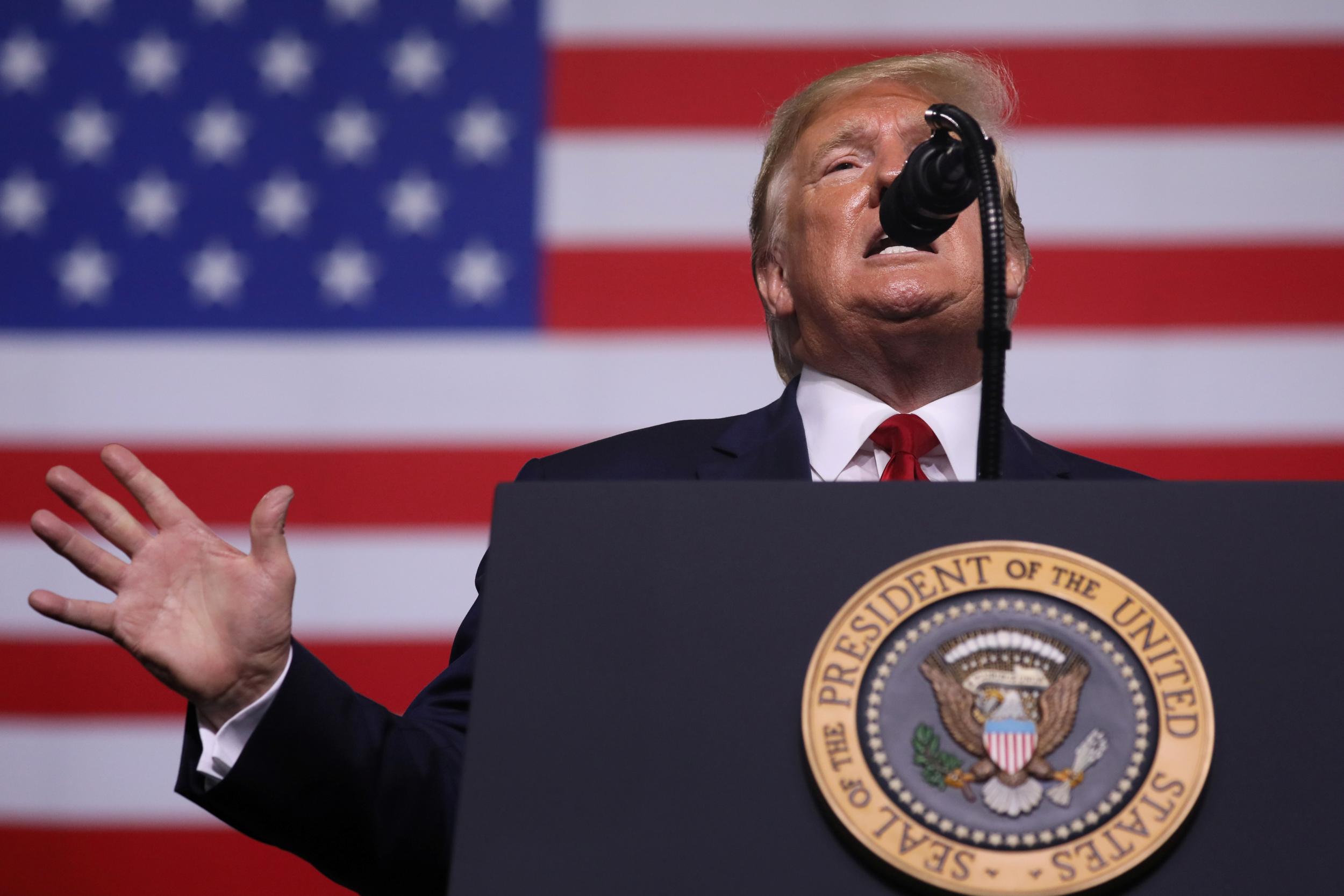 The Danish Prime Minister said the idea of selling Greenland to the US is “absurd” after Donald Trump reportedly talked to aides about buying the territory.

Mette Frederiksen told the newspaper Sermitsiaq that Greenland is not for sale and hopes the idea was “not meant seriously” during a visit to the island.

On Sunday, White House economic adviser Larry Kudlow confirmed media reports earlier in the week that President Trump had privately discussed with his advisers the idea of buying the territory.

“I don’t want to predict an outcome, I’m just saying the president, who knows a thing or two about buying real estate, wants to take a look at a Greenland purchase,” Kudlow told Fox News.

The President is due to visit Copenhagen early next month, when the Arctic will be on the agenda in meetings with Mr Frederiksen and Prime Minister Kim Kielsen of Greenland, an autonomous Danish territory.

Mr Kudlow said the situation was “developing” and noted that U.S. President Harry Truman also had wanted to buy Greenland.

He added: “And Denmark owns Greenland, Denmark is an ally, Greenland is a strategic place, up there. And they’ve got a lot of valuable minerals.”

A defence treaty between Denmark and the United States dating back to 1951 gives the US military rights over the Thule Air Base in northern Greenland.

The radar and listening post features a ballistic missile alert system that can warn of incoming intercontinental projectiles and reaches thousands of miles into Russian territory.

Greenland, located between the North Atlantic and Arctic oceans, is dependent on Danish economic support.

It handles its own domestic affairs while Copenhagen looks after defence and foreign policy.

Ms Frederiksen also told Danish broadcaster DR: “It’s an absurd discussion, and Kim Kielsen has of course made it clear that Greenland is not for sale. That’s where the conversation ends.”

On Friday, Greenland’s foreign minister, Ane Lone Bagger, said: “We are open for business, but we’re not for sale.”

In 1946, the US proposed to pay Denmark $100 million to buy Greenland after flirting with the idea of swapping land in Alaska for strategic parts of the Arctic island.