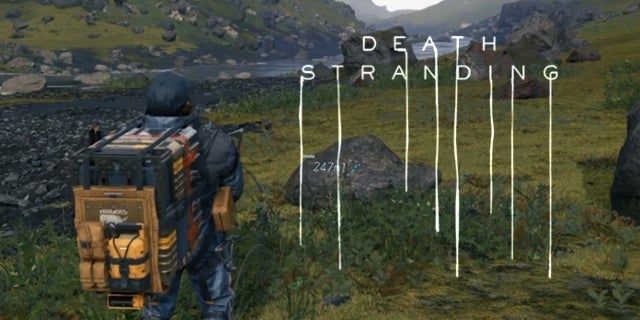 During the opening night presentation of this year’s Gamescom in Cologne, Germany, Hideo Kojima was in attendance to reveal more Death Stranding footage. Fans have been trying their hardest to piece together what has been revealed so far, but after today, there is a good chance that confusion remains at the front of many minds. That said, the footage that was shown during the livestream revealed an interesting mechanic that fans are infatuated with as it was unveiled that not only can Norman Reedus‘ character pee, but peeing can also be weaponized.

The footage shown during the Gamescom livestream actually revealed many things, including more cameos, new characters, and the fact that players will be able to weaponize their pee. This is certainly an interesting mechanic that will be featured in the upcoming Death Stranding, and it definitely has many people talking on Twitter, including those who seem to love the feature.

PEEING IS A WEAPON IN DEATH STRANDING

The fact that Death Stranding has peeing mechanics including a ml number that depletes as you go is one of the big gaming innovations of the past few years.

Amazing to see the industry grow and progress like this. 😌#DeathStranding

I need this game! pic.twitter.com/PHqEBd2eF4

Is there MP in Death Stranding, because you know it’ll devolve into people just peeing on each other.

Fans: we want to see more gameplay of Death Stranding

I just realized that the biggest crowd reaction to Gamescom was the peeing animation for Death Stranding.

god make fun of the pee all you want but.

There may still be a lot of mystery surrounding Death Stranding, but we at least know that peeing is a mechanic and it can be weaponized. In any case, Death Stranding is set to arrive on November 8th for PlayStation 4. For even more details on the upcoming title, check out some of our previous coverage as well as the brief description below:

What do you think about all of this? Are you even more intrigued by Death Stranding and feel a mighty need to play it? Sound off in the comment section below, or feel free to hit me up over on Twitter @anarkE7!