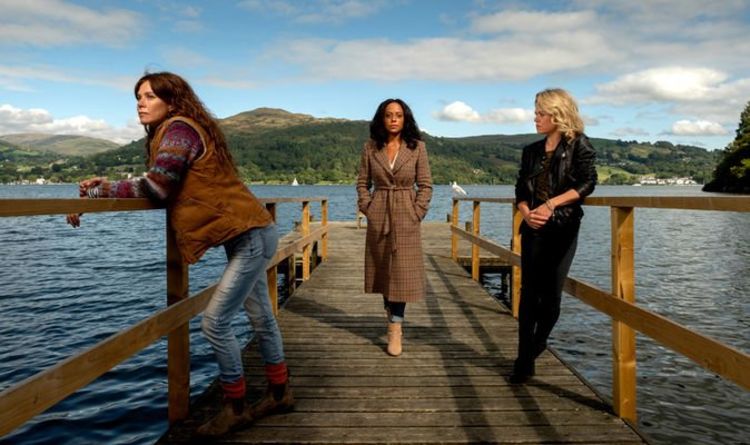 Deep Water is airing weekly on ITV now, but all episodes are streaming online now. ITV Hub viewers have made it to the end and saw the major cliffhanger that Deep Water has at its ending. Deep Water viewers who have already made it to episode six of Deep Water can read on for the ending explained.

What happened at the end of Deep Water?

WARNING: The following contains major spoilers for the ending of Deep Water

The episode begins with Kate Riverty (Rosalind Eleazar) found unconscious by Lake Windermere, where she is found by her son Fergus (Rico Canadinhas).

It is implied that she tried to kill herself after a confrontation with her husband Guy (Alistair Mackenzie).

He informs Lisa Kallisto (Anna Friel), who ensures that Kate gets to hospital and looks after Fergus while she was there.

This, however, means that she has to see Kate’s sister Alexa (Camilla Beeput) again the day after she confessed to her she had had sex with her husband Adam (Steve Toussaint).

This follows the end of the previous episode, where Scott Elias (Gerald Kyd), the man who paid Roz for sex earlier on in Deep Water, visited his house, suggesting that she may have persuaded him to help punish Wayne for what he did to her.

Later on in the episode, Kate regained consciousness and went where Guy was waiting for her to try get her to talk to a psychiatrist and accept that they are getting divorced.

Roz’s guilt built over the episode, until she revealed to her police officer friend Joanne Aspinall (Faye Marsay) that Wayne tried to rape her.

However, when she does this, Deep Water reveals that, instead of Scott killing him, Wayne has actually left the country and headed to Malaysia, meaning that he has essentially got away with his crime against Roz.

The next day, Scott and Roz bump into each other at Fergus’ birthday party, where he reveals to her that he paid him off, to which Roz responds by confessing everything to his wife Louise (Audrie Woodhouse) and Roz’s partner Winston Hill (Charlie Carrick).

Meanwhile at the party, Lisa is still estranged from her husband Joe (Steven Cree) after sleeping with Adam, she takes out her frustration by smashing the mirror in Kate’s bathroom, where the act took place.

As she does that, however, Fergus tells her that it is Kate who is deliberately harming him, so Kate has no choice but to report her to Joanne.

When she tells everyone at Fergus’ birthday party that she and Guy are getting back together, he tells everyone the truth that she faked her daughter Lucinda (Indeyarna Donaldson-Holness) going missing as a way of getting him to stay.

After a confrontation with Lisa, Kate finds Fergus at the same place where she was found unconscious earlier in the episode.

She tells everyone that he has got drunk on vodka, though it is not clear whether Kate has done this to him or he has done it to himself, leading to Joanne taking her in for questioning.

As Kate gets taken away, Lisa is finally able to reconcile with Joe, while Roz and Winston seem closer to being able to forgive each other.