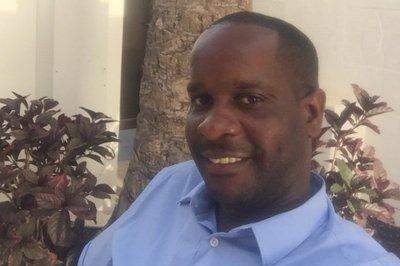 The partner of a man stabbed to death with a hunting knife has spoken of her devastation as his killer faces jail.

Dennis Anderson, 39, was slashed across the throat by stranger Jahmel Riley, 25, on February 10.

He had asked Riley why he was “hassling people for a cigarette” at the Payless Food and Wine store in Dulwich.

Teacher Leeanne Manzi, 39, his partner of 26 years, said their teenage daughter “could not have had a better father” and has been “left with one parent taken and one parent broken”.

She described Mr Anderson, a painter and decorator, as her “best friend and soulmate” in a statement read out after Riley was found guilty of murder at the Old Bailey on Friday.


Ms Manzi, from Rotherhithe, said: “Dennis was a gentleman with old-school manners … and he did have an air of authority about him.”

She added: “He was a guide, support system and friend. We all feel the hurt and pain every day that we have been so cruelly robbed of a beautiful human being.”

Riley, of Dulwich, had previous convictions for possession of an offensive weapon and threatening behaviour. He will be sentenced tomorrow.