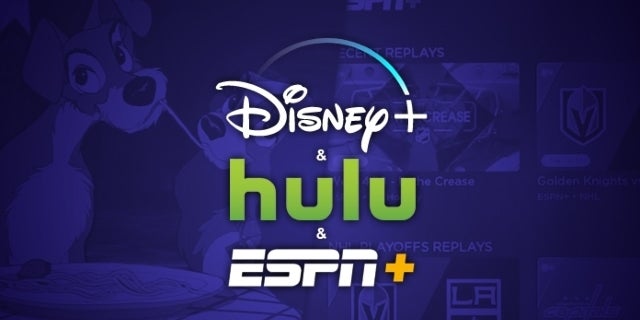 With the 2019 D23 Expo taking place this upcoming weekend, and November 12th just a couple of months away, The Walt Disney Company began rolling out new information regarding the upcoming launch of the Disney+ streaming service. Fans already knew all about the massive library of content that the service would include, along with the incredibly reasonable price tag (just $6.99 per month in the U.S.), but the new wave of info finally added some more specifics to the situation.

Monday morning brought the first details of Disney’s international plans for Disney+, including the first markets that will get the service. Surprisingly, just four markets will be getting Disney+ in the first couple of weeks of its domestic launch. Canada and The Netherlands will get Disney+ on November 12th, the same day as the United States. Australia and New Zealand will get access to the service one week later, on November 19th. Totally missing from the announcement is one the UK.

Being one of the bigger markets in the world, fans of Disney in the UK are understandably frustrated by the lack of inclusion of the country in the Disney+ rollout. Disney made it clear that the goal was to reach all major markets in the first two years of its launch, but that didn’t give the folks across the pond any clear indication as to when they would be able to stream the content.

Of course, most frustrating about the entire situation is the fact that the Star Wars TV series The Mandalorian will be a Disney+ exclusive available on the November 12th launch day. So fans in the UK will need to wait quite a while to see the series, unless they finds other ways to watch it online.

As you can imagine, no one is too happy about this:

disney plus launching in the US, australia, canada & the Netherlands but not the UK…. that’s gotta be a joke right

No UK is completely insane. I will illegally stream The Mandalorian if it doesn’t end up on Now TV or something.

What is crazy is that we effectively have our own Disney streaming service in Disney Life and they won’t even launch here immediately? WTF https://t.co/YV9SKYe2mS

Well done Disney, you’ve just lost yourselves millions in revenue with this revelation that the UK have to wait longer for #DisneyPlus. If you think that us Brits are just going to sit here and patiently wait to see shows like #TheMandalorian, then you’re in for a shock. 🤣

Why on earth is Disney+ not launching in the UK?

I always thought the UK was a major market for Disney, after all we got most of the Marvel & Star Wars movies a few days before the US so seems odd the UK isn’t even mentioned in the #DisneyPlus launch details

Will the service be available in most countries (uk) on launch day?
I’m fed up of Disney & dc service not being available up to a year after USA.
Also, will the news+ be available in the uk soon?
Nobody has any information on anything like that

why is the Netherlands getting disney Plus at the same time as America and Canada shouldn’t that include Us in the Uk and Ireland? 🤔🤷🏻‍♀️

Well as predicted Disney Plus is not going to be available in November so I’ll be going…elsewhere to watch the Mandalorian. pic.twitter.com/3SUSvKPKp5

Or it’s just Disney hating on the uk as usual. We still don’t get free digital copies with Blu-ray but the yanks do.

,,,I KNEW it wouldn’t be the UK that gets Disney+ at launch we literally get paid dust by anything Disney pic.twitter.com/heL0Tx6y46