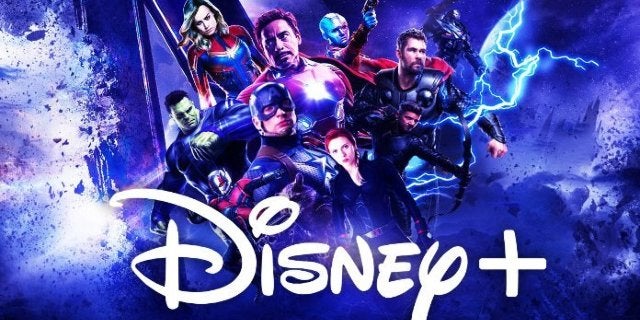 The most ambitious crossover event in history definitely belongs to The Walt Disney Company but it isn’t Avengers: Infinity War or Avengers: Endgame. According to the House of Mouse, it’s a new marketing effort put together by the Twitter accounts belonging to its various properties, all with the goal of publicising the upcoming Disney+ streaming service.

The highly-anticipated streaming service will launch on November 12th and include Disney’s vast library of titles. This includes Marvel, Star Wars, Pixar, and all of the classic Disney properties. Even The Simpsons, which was acquired when Disney bought Fox, will be included on the site. The Disney+ social media accounts were all launched on Monday morning, and the advertising campaign on Twitter began thanks to an assist from the already existing Disney accounts.

The general Disney account started everything with a Tweet about every property and franchise getting ready to “pack up and move” to Disney+.

It’s moving day! Is everyone packed and ready to go to @DisneyPlus? pic.twitter.com/bAFxRjT5aY

After that, a wild and cheesy Twitter conversation took off, including the accounts for Marvel, The Avengers, Star Wars, Pixar, National Geographic, Guardians of the Galaxy, Disney+, and The Simpsons.

Here’s how it all went down:

Maybe we can help! Have you tried looking in shallow, tropical reefs of the Indo-Pacific? That’s where you’ll find paracanthurus hepatus. Just don’t get confused with acanthurus leucosternon or acanthurus coeruleus – they all are known as blue tangs! pic.twitter.com/Mq1BKGBxy0

Looks like you’re in need of some transport, you scruffy-looking nerf herders. Welcome aboard the Millennium Falcon, @Marvel! Any more crew expected? pic.twitter.com/VPF1aSICXg

Don’t worry, she may not look like much, but she’s got it where it counts, kid. Prepare to make the jump to lightspeed! pic.twitter.com/iovNCVcy3o

It’s barely 9:00 am and we already found Dory, assembled the @Avengers, and got @StarWars and @Marvel to tweet at each other. NBD just the most ambitious crossover event in history.