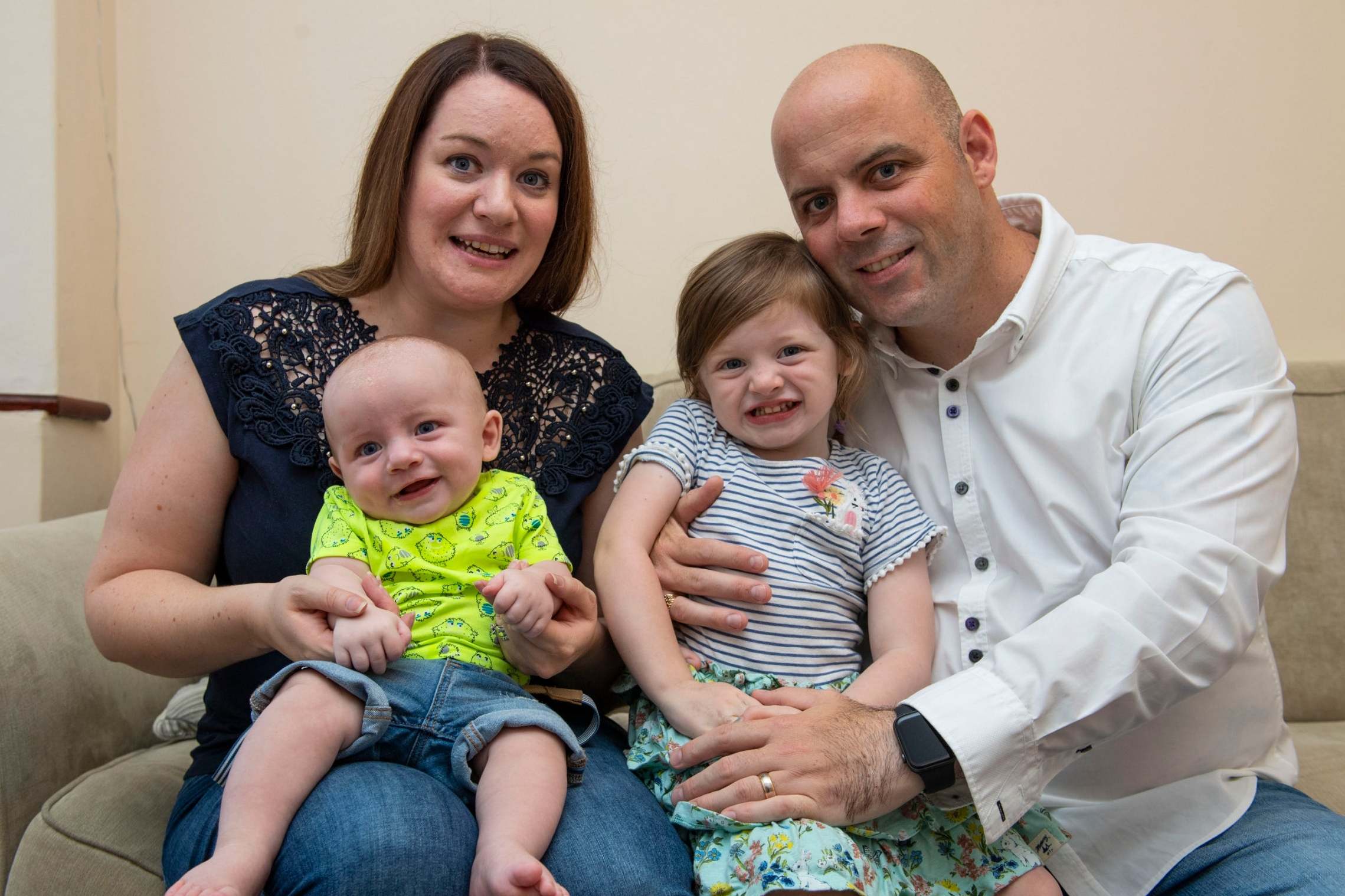 An unborn baby with a life-threatening illness was saved when a doctor gave him blood transfusions through his umbilical cord.

Dr Amarnath Bhide used a 15cm-long needle to inject donated blood into Edward Banham when he was at 20 weeks’ gestation — one of the earliest such interventions ever performed.

Edward, known as Teddy, had developed severe anaemia after his blood cells came under attack from antibodies in his mother Emma’s blood.

He received five transfusions before being born at 35 weeks by Caesarean section at St George’s Hospital, Tooting, on February 5.

Dr Bhide used an ultrasound sensor to guide the needle through the uterus and into the umbilical cord, which was only 2-3mm wide. If it had gone wrong it could have caused early labour or stillbirth.

Mrs Banham, 33, who required two similar transfusions for her daughter Elizabeth, said today: “You lay as still as you can. You have to regulate your breathing. If you are breathing normally, you are taking deep breaths and it’s hard for the doctor to hold the needle. For the last one I felt like I was going to lose consciousness.

“The baby was so wriggly. They’re not very nice but you know the baby needs to have them. I did feel in good hands, which helped.”

Antenatal blood tests had indicated that Teddy had developed hydrops fetalis, a condition that caused fluid to accumulate in his chest and abdomen. His mother had rhesus disease, which caused her rhesus negative blood to attack his rhesus positive blood.

Teddy required an intrauterine transfusion of rhesus negative — to prevent it being attacked by his mother’s antibodies — to survive.

Trials of vaccine to save newborns from potentially ‘stealth virus’


Dr Bhide, a consultant in obstetrics and foetal medicine, said: “I’m very pleased for Emma and Teddy. We have done this procedure before but it’s uncommon for us to have to do it so early in the pregnancy. Everything is so small at 20 weeks and the chance that things go wrong also increases.

“Usually we would do one or possibly two transfusions in total, starting from 28/29 weeks, so for [Teddy] to have received five transfusions between 20 and 32 weeks is quite something.” Doctors had to ensure that the transfused blood was concentrated to prevent large volumes overloading Teddy’s heart.

Each transfusion of red blood cells lasts for three to four weeks. Teddy had three before 24 weeks, a fourth at 28 weeks and a fifth at 32 weeks. There was an additional complication when he was born with a collapsed lung. He has had four further transfusions since birth and is now “happy and healthy”.

Mrs Banham said: “He is growing out of the problem now, as most babies do after three months.” St George’s, a specialist centre, treats three to four women a year with the condition, also known as haemolytic disease of the foetus and newborn.