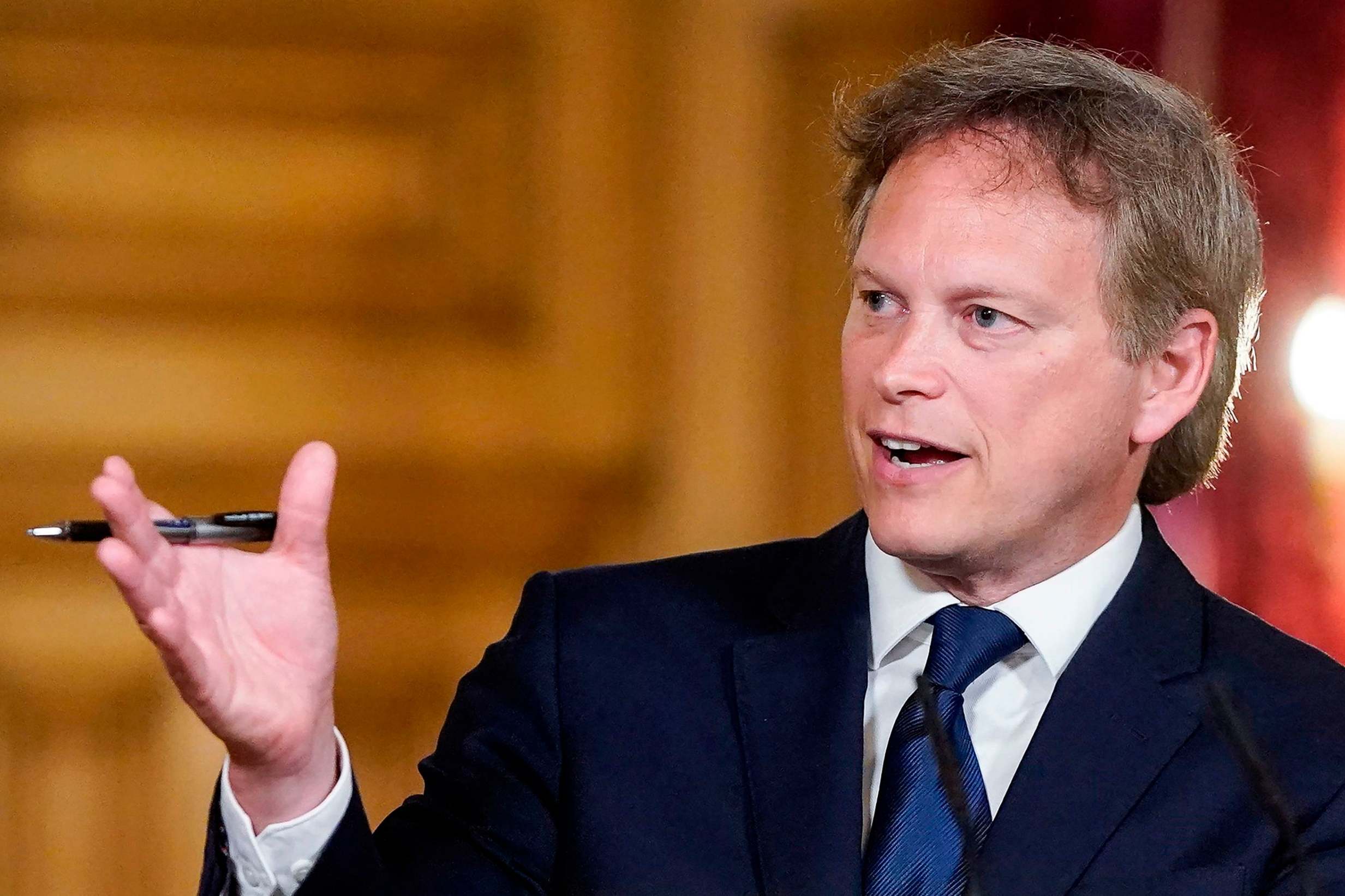 Grant Shapps today suggested it is up to each individual to decide how best to follow lockdown measures, as he joined a chorus of support for Dominic Cummings over his trip to Durham during lockdown.

Facing a deluge of questions at the Downing Street daily briefing about whether Boris Johnson‘s chief aide had flouted the Government’s own guidelines, the Transport Secretary insisted people should adhere to the rules “to the best of your ability” but that there might be times when “not all these measures will be possible”.

He added that the Prime Minister had given Mr Cummings his “full support”, and that Mr Johnson knew his chief adviser was “locked down” – although he would not be drawn on exactly when he found out or if the PM sanctioned the journey.

Mr Cummings is accused of breaking coronavirus lockdown rules by making a 250-mile journey to Durham with his family, when his wife had coronavirus symptoms. Earlier, Downing Street defended Mr Cummings’ actions, insisting he “acted in line with guidelines” and that his journey was “essential” because it related to the welfare of his child. Mr Cummings has also said he did the “right” thing.

Mr Shapps said: “It’s for an individual to make the decision ‘how do I make sure I’ve got enough support around the family’… particularly in the case you are referring to with a potential of both parents ending up being ill and having a young child to look after.

“How do you have that support network around them? And the decision here was to go to that location and stay in that location. They don’t then need to move around from there and so it would be for each individual to work out the best way to do that, which is what’s happened here.”

Mr Shapps added: “You have to get yourself in lockdown and do that in the best and most practical way – and I think that will be different for different people under whatever circumstances, their particular family differences, happen to dictate, that’s all that’s happened in this case.”

The minister said he didn’t know the “personal circumstances” of the Cummings family that prevented them seeking help closer to home, as opposed to travelling to Durham, but added: “As we all do in moments of crisis, we always seek to have our family, those who can assist us around us and I think that’s all that has happened in this case.”

Mr Shapps says he “went to where the family was” as part of a “straightforward arrangement”. He insisted the steps were taken only to prevent Mr Cummings’ child being without “the necessary support”, adding: “Mr Cummings is in the public eye, but the reality of the matter is that a four-year-old child’s welfare was the important thing.

“Parents ask themselves what they would do if they had no one else around… and eventually you would have to turn to external support or try and be close enough to your family to provide that care, which is what happened in this case here.”

When asked if Mr Johnson knew about about Mr Cummings’s actions and had approved them, he said: “The important thing is that everyone remains in the same place whilst they are on lockdown which is exactly what happened in I think the case you’re referring to with Mr Cummings.

“The Prime Minister will have known he was staying put and he didn’t come out again until he was feeling better.”

He added: “I can tell you the Prime Minister provides Mr Cummings with his full support.”​

Speaking at the briefing, deputy chief medical officer Dr Jenny Harries added that it was “clear” someone with symptoms should self-isolate along with their family.

Dr Harries added that “built in” to all guidance to protect the vulnerable “there is always an element which says safeguarding”.

She said: “So we don’t want an elderly person sitting at home without their medication because they feel they can’t come out.”

Dr Harries said if there was a “safeguarding issue” where a child had “no support”, that was also an issue.

“There’s always a safeguarding clause in all of the advice,” she said, adding: “The interpretation of that advice is probably for others.”

She added: “All of the guidance has a common sense element to it, which includes safeguarding around adults or children.”