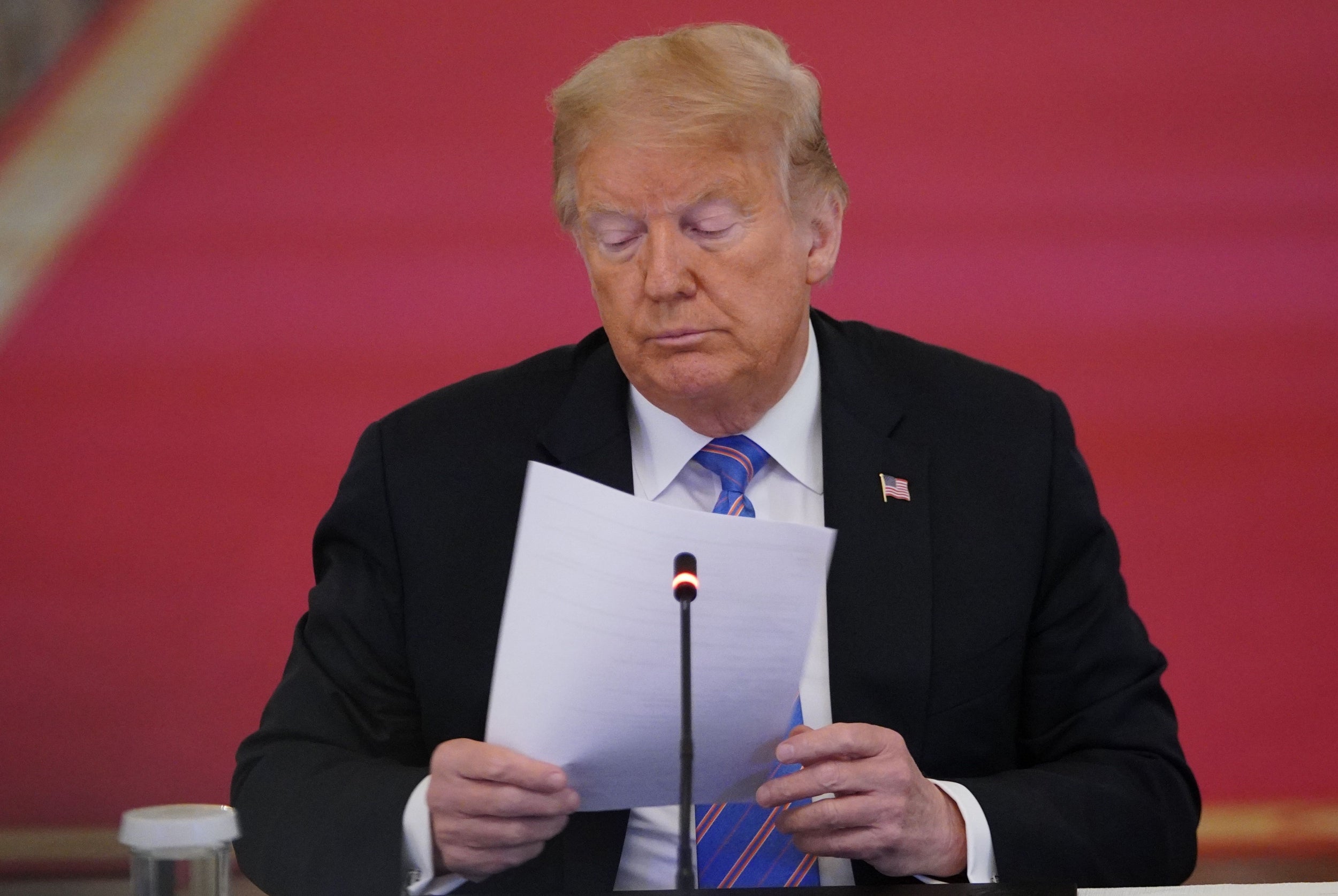 Donald Trump may drop out of the 2020 presidential race if polling does not improve, Republican insiders have reportedly told Fox News.

Mr Trump’s polling has suffered since the Covid-19 outbreak, with a number of polls in key swing states putting him ten points behind Democrat nominee Joe Biden.

Meanwhile, some states have begun to reimpose lockdown measures following a rise in coronavirus cases after bars and restaurants reopened.

California closed all of the bars in Los Angeles along with several other counties, and Florida also ordered a number of bars to shut after a record spike in cases.

“It’s too early, but if the polls continue to worsen, you can see a scenario where he drops out,” one Republican, who asked to remain anonymous, told Fox News.

Another Republican insider told the conservative station: “I’ve heard the talk but I doubt it’s true.

“My bet is, he drops if he believes there’s no way to win.”

It comes after a number of Mr Trump’s allies broke ranks to say his re-election campaign is not going well.

“He is losing,” said former New Jersey Governor Chris Christie, a Trump friend and confidant, on ABC’s This Week on Sunday.

“And if he doesn’t change course, both in terms of the substance of what he’s discussing and the way that he approaches the American people, then he will lose.”

Some leading Republicans are even distancing themselves from his policies.

While Trump avoids wearing a mask in public, Senate Majority Leader Mitch McConnell said, “We must have no stigma — none — about wearing masks when we leave our homes.”

Vice President Mike Pence was pictured this weekend wearing a mask and urged other Americans to do the same.

At the same time, Trump has been criticised by some Republicans for inconsistent leadership during the sweeping national protests against police brutality. On Sunday, the president tweeted and subsequently deleted a video in which a supporter used the white supremacist mantra “White power.”

“Clearly, Democrats have not rallied around their flawed candidate,” Mr Stepien wrote. “Today there can be no debate that President Trump has a decided advantage in base enthusiasm and can be most confident that his supporters will turn out.”

“You know a candidate is in trouble when their only argument for reelection is the enthusiasm of their dwindling pool of supporters, which is now barely over 40%,” he said.

“I do think he needs to talk more about what he’s going to do in the next four years versus taking credit for what he’s already done,” Mr Falwell said in an interview. Although he predicted Trump’s political standing would improve once voters see Biden on the debate stage this fall.

“Whatever hesitance they might have about Donald Trump is going to turn into fear about Joe Biden’s ability to confidently do the job,” he said.