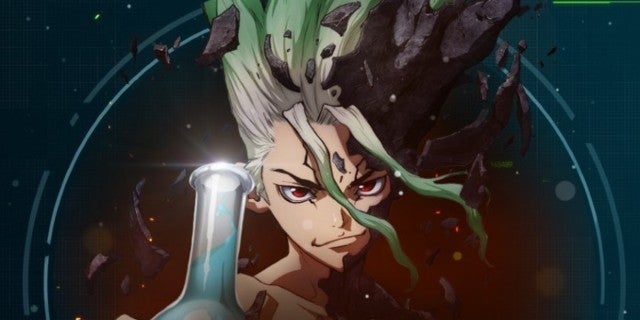 Toonami’s current line-up has only been getting stronger and stronger, and the Summer season is certainly heating up as some of Summer’s hottest new anime premieres in Japan have joined the line-up officially. One of the more popular releases of the current season has been Dr. Stone, and fans certainly can’t wait to see its debut with the next airing of the block on August 24th.

To better prepare fans for its upcoming debut, Toonami shared the first slick promo for the series that highlights many of the reasons why it has stood out from other anime offerings out currently. With the series’ focus on science and technological ingenuity, it’s certainly going to be a must watch show for Toonami.

Dr. Stone‘s addition to the programming block will also be boosting the block as a whole as it now has an additional 30 minutes every Saturday. Now ending at 4:30 AM EST rather than 4:00 AM, fans are now going to be able to enjoy the weekly anime offerings just a but longer every week. The new Toonami schedule kicking in August 24th is as follows (in EST) according to its official Facebook page:

Dr. Stone can currently be found streaming on Crunchyroll and FunimationNow alongside its run on Toonami. There are a couple of episodes from the original Japanese release and English SimulDub under its belt as of this writing, so fans hooked by its Toonami debut can look into it further and have a few more episodes to enjoy.

Crunchyroll officially describes the series as such, “Several thousand years after a mysterious phenomenon that turns all of humanity to stone, the extraordinarily intelligent, science-driven boy, Senku Ishigami, awakens. Facing a world of stone and the total collapse of civilization, Senku makes up his mind to use science to rebuild the world. Starting with his super strong childhood friend Taiju Oki, who awakened at the same time, they will begin to rebuild civilization from nothing… Depicting two million years of scientific history from the Stone Age to present day, the unprecedented crafting adventure story is about to begin!”