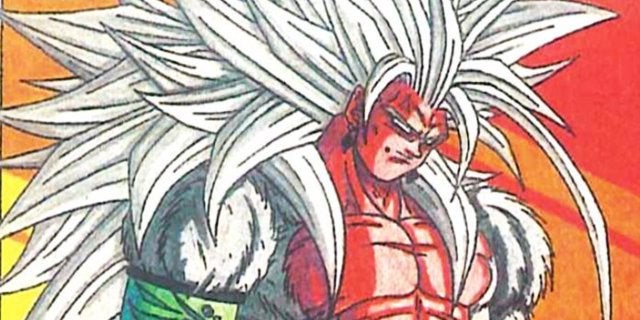 Akira Toriyama’s Dragon Ball franchise is one of the longest running and most popular action anime and manga series still running today. It has seen many forms over its long tenure, and fans have had just as many theories about how it was all going to turn out. Due to its boom in popularity in the United States before it was easy to look up what was real and what wasn’t, part of the fun in talking about Dragon Ball was hearing from a neighbor or cousin was so confident that Goku was going to go Super Saiyan 5.

This certainly wasn’t an isolated experience as fans on Reddit have been talking about the wildest rumors that they have ever heard about Dragon Ball. Sparked by user SouthBeachSarcastic, fans opened up about the strangest stories that never came to pass.

For example, their story involved having a classmate tell them about “what would happen after GT, about Super Saiyan 5 [that’s] like Super Saiyan 4 but white and edgy and Broly coming back for the umpteenth time.” Read on to see what fans are saying about the wildest rumors about the Dragon Ball series over the years, and let us know what stories you heard about in the comments! Any of these sound familiar?

Reddit user smileimhigh discussed a classmate telling them about the next Dragon Ball series, “Dragon Ball Plus,” “Kid at my school got a hold of some Japanese tapes so we assumed he knew everything. He claimed after GT Japan got a series called Dragon Ball Plus that started with Goku getting a mech suit that let him use unlimited Kaoiken, and that he would stop using SSJ because he would use SSJ4 and rage out unlocking SSJ5 which looked like a SSJ4 but with white hair that was like regular Super Saiyan, he’d accidentally kill Chi Chi in this form so he swore off SSJ forever and used the mech suit designed by Bulma. He also claimed Piccolo would get a form that was like his Super Saiyan and gives him black skin. Gohan would get SSJ Ultra which was green. Vegeta and Trunks would permanently fuse to avenge Bulma who gets killed by a resurrected Cell with Buu DNA. They would unlock Super Saiyan Unlimited which was a silver Super Saiyan form.”

User BobtheFiveHalf heard about a much different series than the rest of us, “I guess the craziest would be that the Japanese version of Dragon Ball Z had actual sex in it. This was around 2001…Like ChiChi and Goku straight up bumping uglies.”

User SmileyNY85 talked about a different kind of Cell story, “2 people in HS around 2001ish claimed that there was a new series in Japan where Cell swallows everyone in Hell including Freeza and Buu and he becomes Silver colored. I can’t remember the rest but they acted like they had seen it.”

User Markymark161 heard about an “evil Goku” long before Goku Black’s debut, “My neighbor convinced me that there was a lost episode of Goku turning evil in the middle of the Buu saga after his fight with Vegeta and it was up tp Gohan to beat him. I could’ve easily looked this shit up but no, I believed him lol. This was also around the time Evil Goku and that Super Saiyan 8 shit was all over YouTube with Evil Goku ssj8 and had like Red hair as a SSJ3 and believed that was real too. I was 8.”

User Swifty84 heard about a HUGE Krillin power boost, “In 97, some kid in middle school had started saying there was a manga of Dragon Ball where Krillin obtained a new form that made him more powerful than Goku and he defeated a reborn Majin buu. Later we found out he read a fan fic.”

Diligent_Delinquent once heard that Cell and Freeza were brothers, “Cell and Freeza are brothers…I remember my friend telling me that, but being the huge DB nerd that I was and still am, I had already watched the Japanese episodes WITHOUT subs, on friggin dial up. Took like an hour to watch an episode! Even without subtitles, I could deduce they were not actual brothers, but didn’t say anything to my friend because I wasn’t 100% sure.”

User SpidermanLeon heard a rumor that surely every Dragon Ball fan had as a kid, “That you can actually turn super Sayajin with loud screaming in real live, Turned out to be false and I lost my voice for 3 days. Good memories!”

User SalltyJuicy looks back fondly on the most infamous of rumors, Dragon Ball AF, “I totally fell for Dragonball AF and was soooo into that shit. I’m pretty sure I was in grade school then, but i remember my Dad let me use his laptop and i changed his wallpaper to some fanart of “SSJ5 Goku”. Honestly, I’m not even ashamed of falling for it. It was lots of fun and i still love fanart/fan theories/fanfiction/whatever. I guess in a way Dragonball AF kind of started that for me?”