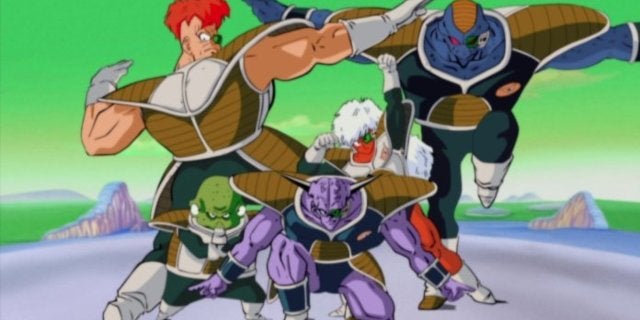 Dragon Ball Z has a huge lore backing it up, and new details are released about the series even today. As the debut of Dragon Ball Z: Kakarot looms for gamers, anime fans are keeping a close eye on what the title may do to the series, and it turns out it will add on to the Ginyu Force.

Yes, that’s right. The team is getting a new member which the anime never introduced, and here is what we know about the girl.

Recently, reports surfaced on social media from Dragon Ball sources privy to details on the game. According to reports, the upcoming game will debut a former member of the Ginyu Squad named Bonyu.

It turns out Bonyu left the Ginyu Force because she was not able to pull off the team’s iconic poses. Her contribution did not fit with the group, so Bonyu wound up leaving the squadron.

So far, no images have been released of Bonyu, but a description has surfaced. She has white hair and red skin according to user GovetaXV along with a big bust. In fact, her chest is a focal part of her character as Bonyu has an interesting translation in Japanese. The word is a pun off the Japanese word for breast milk, so you can take that for what it is.

As for particularly, fans are not sure how Bonyu will fit into the game or if she will be an ally. Reports say the fighter is from the same planet of Jeice which is a member of the final Ginyu Squad. In fact, fans can get a good idea of how Bonyu will look thanks to the pre-existing character, so here’s to hoping the heroine lives up to expectations.

So, are you excited to meet this brand-new Dragon Ball fighter? Let me know in the comments or hit me up on Twitter @MeganPetersCB to talk all things comics and anime!