Sara, 35, joins the Dragons’ Den this series as the youngest ever multimillionaire to sit in the coveted chairs and invest in potentially ground-breaking business opportunities.

As the newcomer amongst the ranks of the other multimillionaires on the BBC business show, Sara was in one entrepreneurs sights tonight.

Irishman Shaun had launched a business from his father’s invention of a Shower Gym which allows a homeowner to store their bathroom necessities on the wall without rusting or use of screws.

It was the products unique capability of sticking to any wall tile with the application of glue which led the Dragons dumbfounded.

The entrepreneur was looking for an investment of £10,000 for 10 percent of his business, with the Dragons wanting to know more about the product before making their investment.

After admitting it took three years from prototype before a profit started to churn, Deborah Meaden, 60, asked why the process took so long.

Shaun said: “The glue. We had to go through 20 to 30 different glues before we got the one which sticks to basically every wall tile.”

It was after the entrepreneur’s admission, Sara started to dig her heels in a little deeper.

“The glue, where’s it been made?” Sara asked.

“I don’t give out the information at the minute,” Shaun replied, to which Sara questioned: “Just the country?” 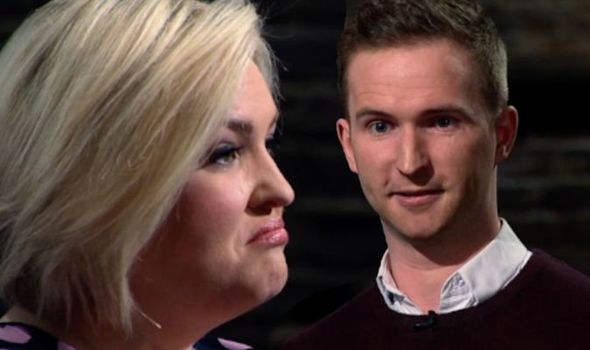 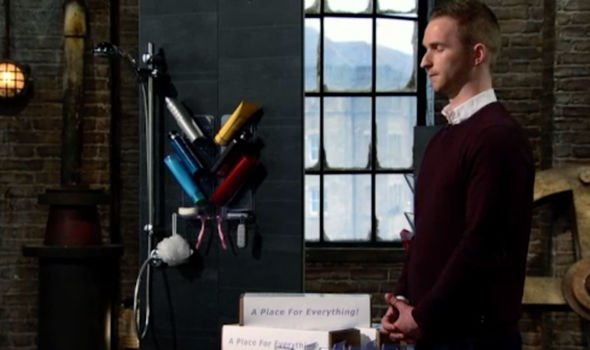 I’m not going to answer

Still refusing to give away the product’s secrets, Shaun said: “To be honest with you, I don’t even give out the country because it took so long to find and there’s only a few manufacturers of it.

“I don’t give out anything about the glue,” the entrepreneur affirmed.

Still grilling Shaun, Sara tried her luck one more time, asking: “Is it Europe, or is it Far East?” to which the entrepreneur replied: “Respectfully, I’m not going to answer, sorry.

“It’s so important to the product, I just can’t give out any information about it.”

Peter Jones, 53, was the first Dragon to drop out as Shaun failed to confirm whether the investor would have a stake in any future products the company would make.

Deborah was the second to relinquish any investment, leaving Sara, Tej Lalvani, 45, and Touker Suleyman, 66, to fight it out to support the venture.

After admitting they would all be willing to contribute in a joint investment, the entrepreneur tried his luck at trying to bring them down from an original stake of 30 percent of the business.

Sara said she would be willing to hand over a third of the investment, being £33,000, if she were to get eight percent of the business.

Tej and Touker also agreed to the deal, meaning the Dragons would have a joint contribution of 24 percent of the venture.

Shaun agreed to the deal and walked away with three investments in his bathroom product.