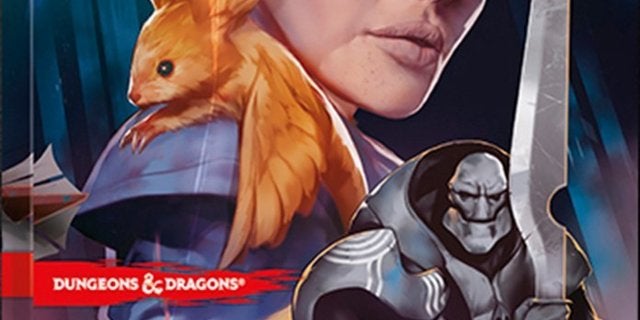 Dungeons & Dragons has announced their next product – a campaign sourcebook for Eberron. Today, Dungeons & Dragons announced Eberron: Rising From the Last War, a 320 page sourcebook for the popular campaign setting of Eberron, a steampunk/noir-inspired world filled with magic-propelled trains, airships, and sentient constructs. Eberron: Rising From the Last War will contain tons of new player material, including the official release of the Artificer, a spellcasting class with the ability to create powerful magic tools. Eberron: Rising From the Last War will also contain four new player classes, 12 magical dragonmark tattoos, and a new game element called group patrons, which provides party with shared background features. The book will also contain an overview of the continent Khorvaire, a gazetteer of the city of Sharn, maps, and adventure hooks to help DMs plan their next adventure in Eberron.

Eberron was first introduced in 2004 as the culmination of Wizard of the Coast’s Fantasy Setting Search, a competition to determine the next fantasy setting. Fans were drawn to Eberron due to its unique and moldbreaking take on various fantasy races, as well as its unique blend of dark adventure, technology, and magic in a single setting. Wizards of the Coast updated Eberron for Fifth Edition with the release of Wayfinder’s Guide to Eberron, a digital campaign setting guide that served to playtest various Eberron rules before their official release in Eberron: Rising From the Last War.

To coincide with the book’s release in November, the D&D Adventurers League will release a new series of adventures called The Oracle of War. Over the course of 20 adventures, players will discover an incredible treasure in the magically devastated area of Mournland, which leads to a struggle that wraps in every faction on the continent of Khorvaire.

Dungeons & Dragons will also release its adventure title next month. Baldur’s Gate: Descent Into Avernus will pit players against the forces of hell as they try to prevent the city of Baldur’s Gate from getting dragged into Avernus, the top-most layer of the Nine Hells and primary battlefield of the eternal Blood War, a conflict between devils and demons.

Eberron: Rising From the Last War will be released on November 19th, with both a regular cover and a special alternative cover only available in hobby game stores. Both covers can be viewed in the gallery above.