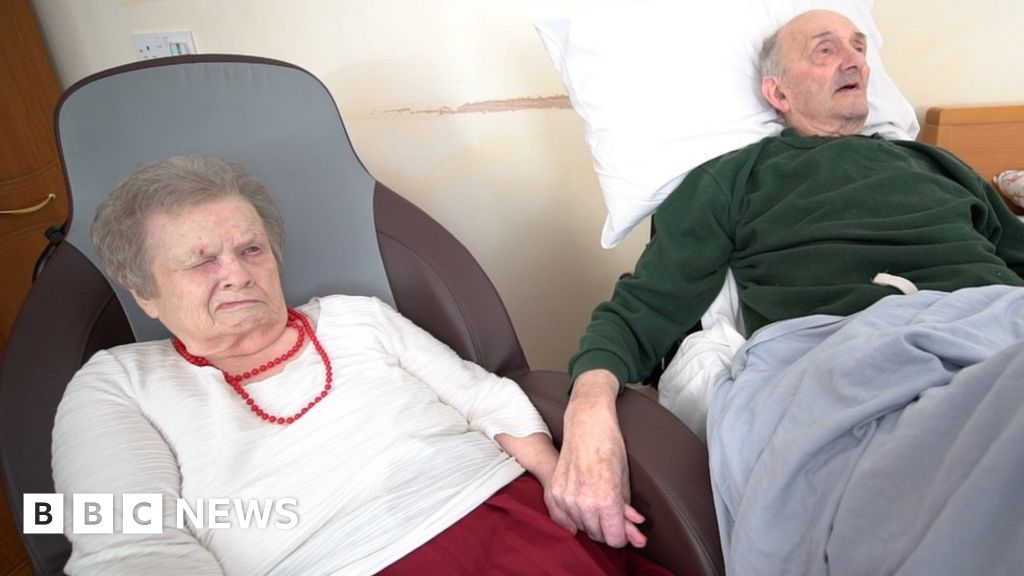 A terminally ill man has fulfilled one of his dying wishes to see his wife of almost 60 years one more time.

Derek Oliver, 84, used to visit his wife Eirwen, who has dementia, in her care home in Pentre, Rhondda Cynon Taff, every day.

But he became ill at the start of the year, and was diagnosed with terminal cancer.

By March, he could not leave his home in Pentre to visit his 85-year-old wife.

The couple’s son, David, had been trying to organise a private ambulance to take Mr Oliver to see his wife one last time – but none of the private companies he tried had the ambulance and resources needed.

As a last resort, he contacted the Ambulance Wish Foundation UK, which fulfils the final wishes of terminally ill people, and they travelled from London to make the couple’s dream come true.