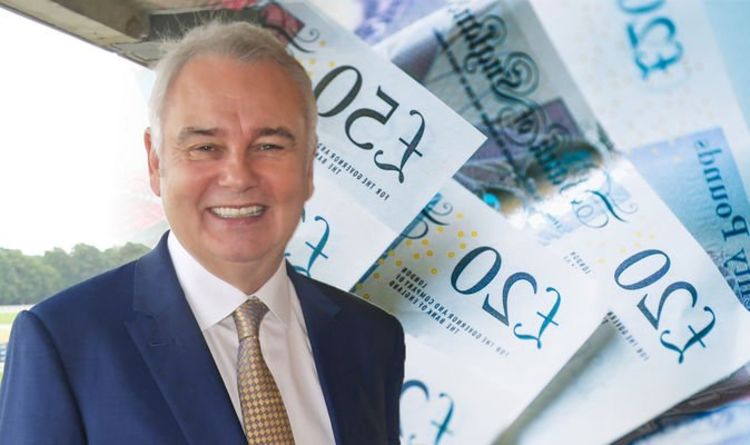 Eamonn Holmes is an Irish presenter who hosted shows including Sky News Sunrise and GMTV. He has also been a regular presenter of This Morning with Ruth Langsford for 13 years since 2006. The broadcaster has his own radio shows and has presented a number of shows for Radio 2 and Talk radio. How much money does he have in the bank?

The presenter has a fortune of £4.1 million, according to Celebrity Net Worth.

His career in the media first began 40-years-ago when he landed a job at Ulster Television, the ITV franchise for Northern Ireland.

At this time, he hosted the station’s Farming Ulster programme before moving on to cover important sporting events.

In 1982, he moved into news and was an anchor of the show, Good Evening Ulster and won a Hometown Radio Award for his work with the station.

Eamonn moved on in 1986 to work at BBC on the daytime programme, Open Air, which was broadcast on BBC One.

He worked on GMTV in 1993 and was one of the main hosts for 12 years before joining Sky News to present the Sunrise programme.

The star was well-known by many for this role and hosted the show until September 2016 when he announced his departure.

As well as his work on the screen, Eamonn has worked on radio hosting shows for Radio 5 Live, Radio 2, Magic FM and Talk Radio and it was reported he earned £274,000 from his radio work in 2017.

Since 2006, Eammon has co-hosted the ITV daytime show, This Morning, which he presents with his wife, Ruth Langsford, every Friday and during holidays.

Together, the couple have a £3.25 million property in the Surrey countryside which will contribute to Eammon’s fortune.