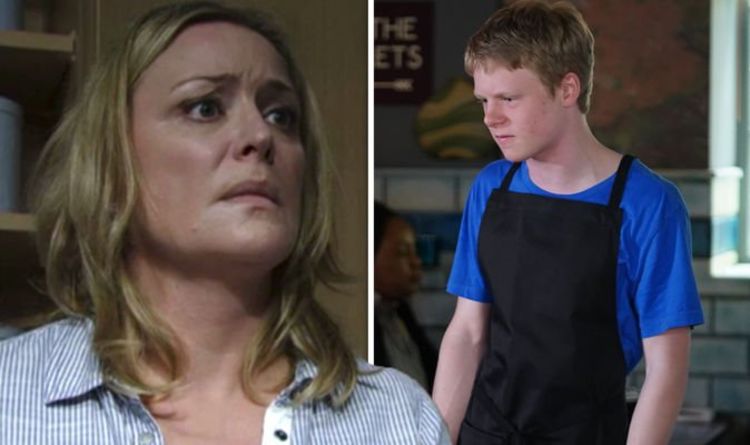 The extent of Bobby’s (played by Clay Milner Russell) struggles were revealed last week on EastEnders as it transpired he was having hallucinations of his dead sister.

Bobby returned to the Square earlier this year after his prison sentence was up, although he has clearly hated living in the Beale house as it is full of unpleasant memories =.

But now it could be that the BBC soap character will flee Walford as the visions of Lucy (Hetti Bywater) worsen, according to The Sun.

A source told the publication: “Bobby’s really struggling with what he’s done and his visions of Lucy are only going to get worse.

“He revisits Walford common where her body was dumped hoping to find some closure but in the end it’s too much.

“He decides the only thing he can do is run away and leave Walford behind forever.”

But if he does run away, where can Bobby go? Could he seek out adoptive mother Jane Beale (Laurie Brett)?

Viewers will remember Jane played a major part in the cover-up of Lucy’s death as she tried to protect Bobby.

She was hounded out of Walford by Max Branning (Jake Wood) who wanted revenge for being falsely accused and imprisoned for the murder and her whereabouts her currently unknown.

In chilling scenes for viewers, the image of Lucy reappeared in last Friday’s instalment of the programme.

Bobby said: “I shouldn’t keep thinking about hat night but I try and remember all the good times but I can’t. I’m blocked.

“And I know I’m pushing everyone away and I’m trying to deal with it the best I can.

“I never wanted to come back here. I tried to stay away but this isn’t my home, it can’t be.

“Is this what I deserve? Every time I open my eyes, every time I come in here, I see you all the time.”

“You’re always going to be here,” he declared as the blurred figure of Lucy appeared in the living room.

Bobby is also having difficulties with his family as dad Ian (Adam Woodyatt) doesn’t appear to understand why his son is so troubled.

Although, he is receiving more sympathy from grandmother Kathy (Gillian Wright) and even former enemy Max.

After his prison stint, Bobby has embraced Islam and has taken to reading the Quran and started to practice the religion.

He has been embraced by the Ahmed family, who are practicing Muslims, and they invited him to participate in their Eid celebrations last week.

With Bobby facing so much inner turmoil, could the Ahmeds come to his rescue?

Mariam Ahmed (Indira Joshi) has offered advice to several of the Square’s residents during troubled times, so perhaps she will do the same for Bobby.

EastEnders continues tonight at 7.30pm on BBC One.