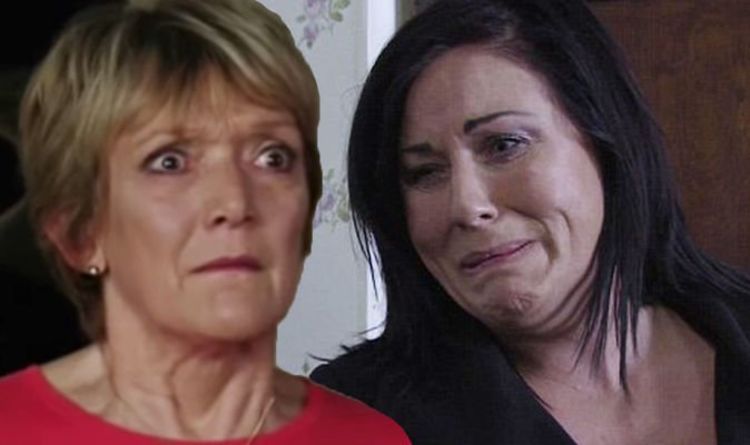 Jean (played by Gillian Wright) learnt of her cancer diagnosis earlier this year on EastEnders, a storyline which saw her reunite with her estranged son Sean Slater (Robert Kazinsky).

After being spurred on by Sean to fight the cancer before he left the BBC soap once more, Jean began her course of chemotherapy, with her friends and family by her side.

It soon became clear Jean’s road to recovery wasn’t going to be easy as she clashed with fellow cancer patient Daniel (Adrian Edmondson).

As the pair’s journey progresses in the coming weeks, Jean and Daniel will grow closer, but tragedy is lurking on the horizon.

During Friday’s instalment of the Walford-based drama, Jean bonded with Daniel as he told her he had been given the devastating news his cancer was terminal, meaning his death was on the horizon.

Jean was shell-shocked as she’d been trying to keep positive about her own cancer prognosis, but offered Daniel a shoulder to cry on.

As the pair confided in each other about their fears of death, Jean urged her new friend to stay positive and make the most of the time he has left.

Daniel told Jean death was coming sooner or later, and they should accept their fates, despite the Slater matriarch not knowing how her treatment was working.

With Daniel seemingly giving up, will Jean be able to convince her friend to think otherwise, leading to a romance between the pair?

Although they got off on the wrong foot, it seems the pair sharing a connection over their cancer ordeals could lead to more than friendship.

When actor Adrian, 62, was announced to be joining the soap, it was teased he was going to be Jean’s new love interest.

Of Daniel’s introduction, executive producer Jon Sen said in a statement released by the BBC: “We’re all over the moon he’s coming to Walford, and can’t wait for this love story to hit screens later this year.”

However, Daniel’s cancer is terminal, so will Jean be left heartbroken as her relationship with the newcomer comes to a tragic end, as he dies in her arms?

Stacey left with her husband Martin Fowler in a plot to coincide with actress Lacey, 31, taking maternity leave.