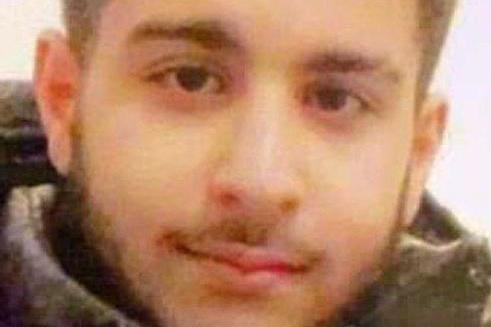 A sixth-form pupil who was stabbed to loss of life exterior a KFC was afraid to go to school on the day of his homicide as a result of he feared for his security, his household mentioned as we speak.

Youssef Karim Hasan Al-Bayjani, 17, was attacked by a gang as clients queued for meals on the restaurant in Edgware Road at 1.54pm on Tuesday. CCTV footage reveals Youssef being repeatedly stabbed in a brawl.

In the video, a younger man seems to lunge at a number of hooded youths earlier than being set upon on the pavement.

Youssef was learning enterprise at close by City of Westminster College.

His cousin, 19, informed the Standard: “It’s terrible to assume he might need nonetheless been alive if he hadn’t gone to school.

“He informed his mum that he didn’t want to go, saying he wasn’t nicely and hadn’t had a lot sleep the night time earlier than.

“His mum doesn’t know what to do. She has been crying all day and hasn’t been in a position to eat or slept since.”

Another relative mentioned: “He informed his mum earlier than he went to school that he felt like he was going to die. She chalked it off as a foul dream and informed him it was his final 12 months and he was going to dwell for a really very long time.

“But he knew how harmful it was to even go to school.

“His mom is alive however she is useless on the within. To increase a boy for 17 years and to have him taken away as a result of folks assume they’re gangsters, it’s simply nonsense.”

Youssef was the 21st teenager killed in London this 12 months, 19 of them in stabbings, and the seventh since August 12.

His cousin mentioned {the teenager} had hoped to run his personal enterprise one day. He mentioned: “He was an amazing boy. We grew up together and he was a sweetheart. He was a mummy’s boy, but he looked after his brother and sister.”

A good friend who left flowers on the scene yesterday mentioned Youssef had protected her from a bunch of boys half an hour earlier than he was attacked.

Another good friend wrote a tribute that mentioned: “RIP my bro, can’t believe you’re gone, I only saw you yesterday. Prayers for your family.”

And a notice with flowers left on the scene learn: “From a teacher who knew your potential, rest in peace.”

Police mentioned there had been no arrests and appealed for witnesses to the “appalling” assault to come ahead. Detective Chief Inspector Andy Partridge, from the Specialist Crime Command, mentioned: “We know that lots of people were in the area at the time and may well have seen what unfolded.”


Nickie Aiken, chief of Westminster metropolis council, mentioned: “A 17-year-old boy went out in the morning as normal and never came home. We have got to work together to stop families having to bury their young people.”

A 35-year-old girl arrested of suspicion of murdering anti-knife campaigner Sahkira Loseke, 22, has been launched beneath investigation.

Ms Loseke, who had a six-year-old son, was attacked in Chalk Farm on Sunday night time.