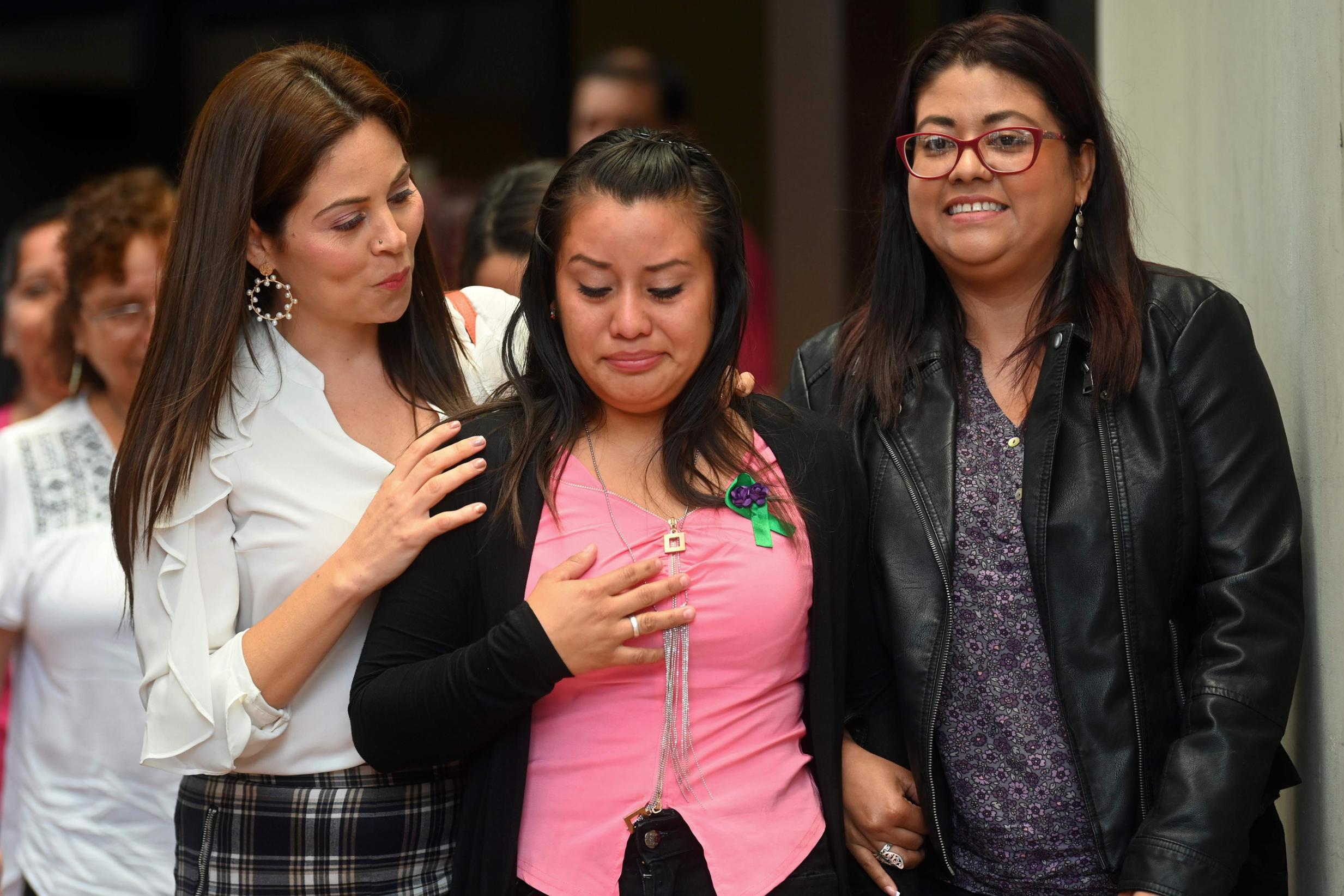 A rape victim who faced up to 40 years in prison after she suffered a stillbirth has been cleared of all charges in a landmark case.

Evelyn Hernández, 21, has been cleared of murder during a retrial in El Salvador.

She had always maintained she was innocent and said she didn’t realise she was pregnant and lost consciousness during the birth.

Ms Hernandrz had served 33 months of a 30-year prison sentence when her conviction was overturned in February for lack of evidence and a new trial was ordered.

The retrial was a first for such a case in the Central American nation, where prosecutors aggressively pursue legal cases against women who have miscarriages or other obstetric emergencies, accusing them of murder.

“Thank God, justice was done,” Ms Hernandez said following the announcement of the verdict, visibly emotional as dozens of women waited at the courthouse. “I also thank you who have been present here.”

“Yes we did!” the women chanted.

Ms Hernandez’s fetus was at 32 weeks in 2016 when she felt intense abdominal pains and gave birth in an outdoor toilet. The baby was later found lifeless in a septic tank.

Ms Hernandez said she did not know she was pregnant and her mother said she found her passed out next to the toilet.

Both women said they did not know there was a fetus in the tank, but prosecutors did not believe them and pressed charges.

Forensic experts were unable to determine whether the newborn died in the uterus or in the septic tank.

At the retrial, prosecutors’ argument against Ms Hernandez was commission by omission – that is, she failed to protect her fetus.

“We believe the judge has been very fair in his ruling,” defence lawyer Bertha Maria Deleon said. “He has said that there was no way to prove a crime and for that reason he absolved her.”

El Salvador is one of three Central American nations with total bans on abortion. Women convicted of having abortions face sentences of two to eight years.

Erika Guevara-Rosas, Americas director at Amnesty International, said: “This is a resounding victory for the rights of women in El Salvador. It reaffirms that no woman should be wrongly accused of homicide for the simple fact of suffering an obstetric emergency.”

Ms Guevara-Rosas called on El Salvador to cease “criminalising women once and for all by immediately revoking the nation’s draconian anti-abortion laws”.