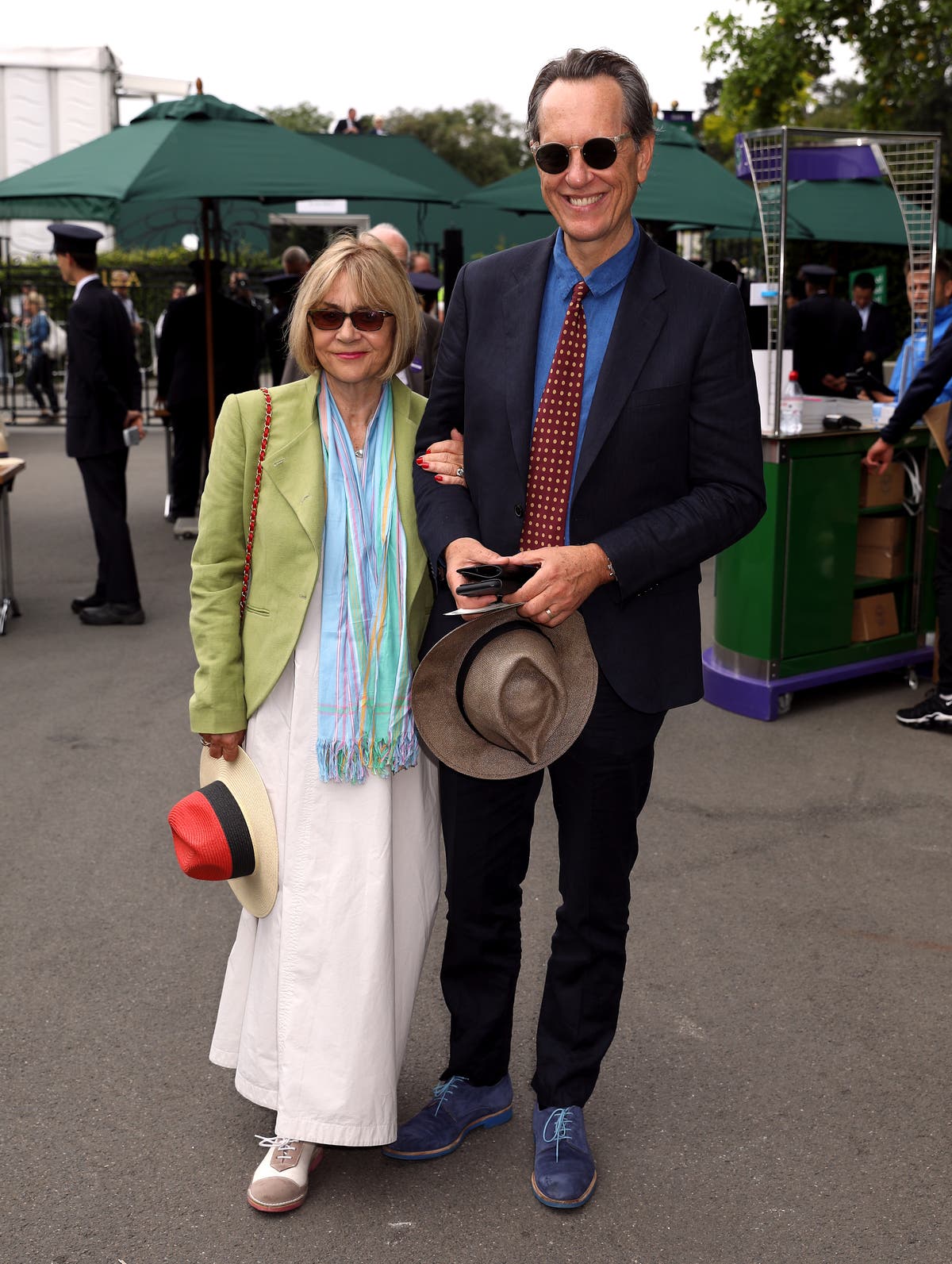 Joan Washington was a voice coach with nearly 40 years experience in the film industry.

Her husband, known for films including Withnail And I and Can You Ever Forgive Me? said she died on Thursday, in a post on Twitter and described her impact on their family as an “immeasurable gift”.

Musical theatre star Paige said: “It’s heartbreaking to hear of Joan Washington’s passing She was special both as a teacher & as a friend. Never to be forgotten. My deepest sympathy to Richard & all the family.”

TV cook and cookbook writer Lawson said: “What a wonderful woman Joan Washington was. And how devastating to have to say ‘was’. My heart’s broken for @RichardEGrant and @OliviaGranted May her memory be a blessing.”

The Crown’s Watkins described Washington as “incomparable” and recalled receiving lessons from her as a young actor.

“Joan taught me dialects and accents when I trained at @Rada and beyond,” he said.

“I have made my career using accents and dialects. I owe her everything. Such a terrible loss to @RichardEGrant and us all. Rest in Peace.”

She said: “My heart is broken. Joan Washington had such a profound impact on me, yes as an artist, but mostly as a woman. I’ve looked toward her. Her strive towards excellence made her the celebrated dialect coach she was.”

Comedians Sarah Millican, Dawn French and David Baddiel were also among those sending messages of support.

Grant announced the news on Friday by sharing a video of them dancing together to the song Only You by The Platters on Twitter.

He wrote: “ONLY YOU! Joan – Love of my Life & Giver of Life to our daughter Olivia.

“Our hearts are broken with the loss of your Life last night. 35 years married & 38 together.

Grant, 64, also shared a series of broken heart emojis, prompting condolences and messages of support from his followers.

He and Washington married in 1986 and had a daughter, Olivia, and Tom, a son from Washington’s previous relationship.

Washington, from Aberdeen, trained at the Central School of Speech and Drama and had nearly 40 years experience in the film industry as a voice and dialect coach, working with stars including Anne Hathaway, Vanessa Redgrave and Emma Stone.

Among her early projects in the mid-80s were Yentl starring Barbra Streisand, Highlander, and The Bounty, featuring Mel Gibson and Sir Anthony Hopkins.

Recent years saw her work on features such as The Witches, where she coached Hathaway for the part of the Grand High Witch, and Yorgos Lanthimos’ black comedy The Favourite, where she worked with Stone.

In a joint interview with the Independent in 2011, Grant recalled them meeting for the first time.

He said: “I met her at the Actors’ Centre in London. She was wearing a boiler suit and had fairly short, cropped hair and Kicker shoes, and was chain-smoking, which I thought was insane.

“She was teaching an accent session with a bunch of actors, and I thought she had the most wonderful voice and huge, sort of monkey eyes. She seemed fairly frenetic.

“I thought that she was really cute and all that. It was December 1982.”