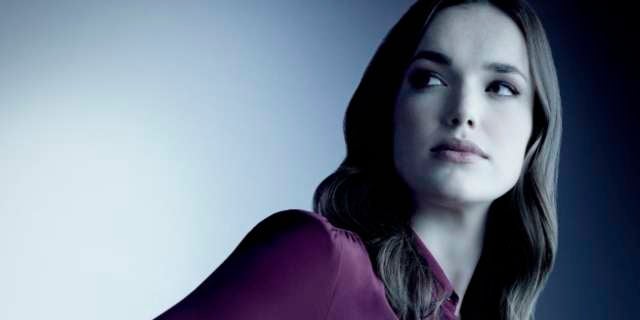 Conventions may be an effective way for Marvel stars to work together with the followers, particularly in Q&A panels that permit the followers to ask questions instantly to the star. As a latest query requested of Marvel’s Agents of SHIELD star Elizabeth Henstridge reveals although, they’ll additionally grow to be a little bit awkward, as did one trade when a fan turned fairly creepy together with his query. Actually, the query itself wasn’t creepy in any respect, however the joke he made afterward was positively creepsville, and Henstridge, who performs Agent Jemma Simmons on the in style present, had a reasonably excellent response to the fan’s query (through Reddit).

The query begins out innocently sufficient, as the fan asks “I know you don’t know me but just by looking at me do you think maybe by that much of an inch I could be an Agent of SHIELD maybe?” Before she can reply although he launches into what his superpower is, and that is when issues go off the rails.

He says “My superpower is I can see through clothes”. There are just a few laughs in the viewers however it’s largely silent, and you’ll positively inform the second that Henstridge realized what he mentioned. At that time, she smirks and sits again in her chair, and delivers a unbelievable comeback.

Elizabeth roasting individuals is so satisfying from r/protect

“Um, sure yeah, why not. You seem kind of creepy enough to be on our show,” Henstridge mentioned. The crowd erupts with laughter and even the guy asking the query laughs, and you’ll try the complete trade in the video above.

Marvel followers are preparing to see the Agents of SHIELD crew collect for the last time in the upcoming season 7, which is able to evidently contain fairly a bit of time journey, aliens, and of course, Coulson, although we aren’t fairly positive how but. In any case, the finale seems to ship off the fan favourite present in a bit method, and we will not wait to see what Marvel TV has deliberate.

Are you excited for a brand new season of SHIELD? Let us know in the feedback!