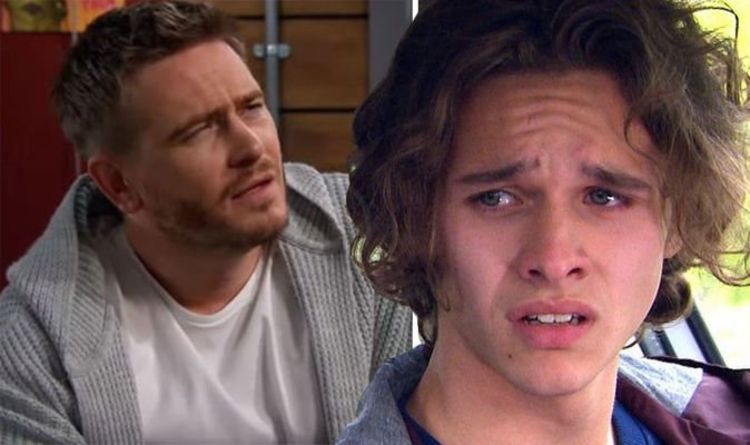 Tonight’s episode of Emmerdale saw Jacob Gallagher (played by Joe-Warren Plant) coming up with a new plan to support his former stepmother Tracy Metcalfe (Amy Walsh) on the ITV soap.

Jacob has gone through serious trauma in recent months, and is still struggling to move on from his abuse at the hands of ex teacher Maya Stepney (Louisa Clein).

And while Tracy’s own ordeal after the loss of her father Frank Clayton (Michael Praed) could bring the family back together, viewers were more concerned with Jacob’s new hairdo tonight.

The character seemed to have had a makeover on the soap, and was sporting shaved sides and a slick top bun on his head.

Jacob has always been known for his lustrous curly haired locks, and the character wore it particularly long during his abuse from Maya.

While likely just a coincidence, could Jacob’s hair change be a sign the character is looking to move on from his ordeal? Or is the character still in the belief he loves Maya?

Taking to Twitter, viewers couldn’t concentrate on the drama after being so shocked by the youngster’s new look.

One person tweeted: “I didn’t think Jake could get more annoying then he did that to his hair. #emmerdale.”

“Jacob’s top knot thing is ridiculous and annoying someone pass me the scissors #Emmerdale,” another complained.

A third said: “Wtf Jacob with the top knot they will have you eating kale next #emmerdale.”

While a fourth commented: “It looks like Jakey had a massive growth on his head.#Emmerdale.”

“Oh for f***s sake. Jacob has a squirrel’s nest on his head. #Emmerdale,” a fifth raged.

And a sixth simply said: “Jacob had a man bun ffs #Emmerdale.”

“Jesus wept that top knot on Jacob is the most offensive thing i’ve ever seen on tv #ofcom #complaint #emmerdale,” another joked.

Others liked the new hair style, with one person enthusing: “Jacob is pretty as a picture then. #Emmerdale.”

Jacob suggested a picnic with his dad and Tracy, as he racked his brains to remember the kinds of things his former stepmother liked to do with her time.

In response to the idea, David joked Tracy liked the same things as cartoon character Yogi Bear, but Jacob had no idea who he was talking about.

“How does Jacob not know who Yogi Bear is?!” one person posted in response. “I just assumed everybody knew Yogi Bear or am I showing my age? @emmerdale #Emmerdale.”

Emmerdale continues tomorrow at 7pm and 8pm on ITV.