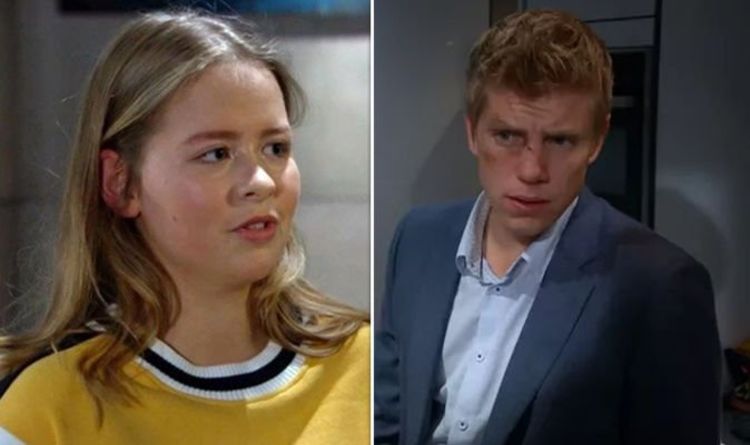 Emmerdale resident Liv Flaherty (played by Isobel Steele) hasn’t had it easy lately after battling alcoholism, going to prison and being wrapped up in the scandal of Jacob Gallagher (Joe-Warren Plant) and the evil Maya Stepney (Louisa Clein).

However, she is set for another bump in the road after suffering a fatal seizure at the cafe on the day of Frank’s funeral.

While it remains unknown if it is the end of the road for Liv, she is soon to be hit with more drama should she make it out of hospital as Robert Sudden (Ryan Hawley) starts to come clean about his sentence.

Monday’s episode will see Robert finally come clean to Aaron Dingle (Danny Miller), Moira (Natalie J. Robb) and Nate (Jurell Carter) about his sentence after his lies finally catch up with him.

Viewers watched in horror as previous scenes saw Robert lie to his partner, claiming he was facing charges which carry a much shorter prison sentence.

While it’s unknown how Aaron has taken the news, Robron’s relationship is sure to suffer at the hands of Robert’s lies.

Moreover, plans of having a baby via surrogate are up in the air.

Viewers will remember that the woman the couple were hoping would act as a surrogate had pulled out after seeing the police visit the home with the news that Lee (Kris Mochrie) has woken up in hospital and claimed the attack was unprovoked.

With dreams of a happy family dashed will the couple be able to stay together?

Meanwhile, the villagers prepare for Frank’s (Michael Praed) funeral after he was tragically killed in an explosion at the sweet factory moments before he was set to propose to Megan (Gaynor Faye).

Megan feels unsure if she wants to attend, unaware Frank was framed for starting the fire.

Soap fans will know the fire was really started by Kerry Wyatt (Laura Nortin) and her daughter Amy (Chelsea Halfpenny).

However, she realises she has the wrong idea after Tracy reveals the Frank was retrieving her engagement ring from the factory fire.

However, it seems she has some news of her own to say as tensions begin to rise.

Will the real culprits be uncovered as tensions rise?

Moreover, Will the fire starters be able to stay silent as emotions run high?

It seems unlikely Megan and Vanessa would be able to forgive Kerry and Amy for causing Frank’s death.