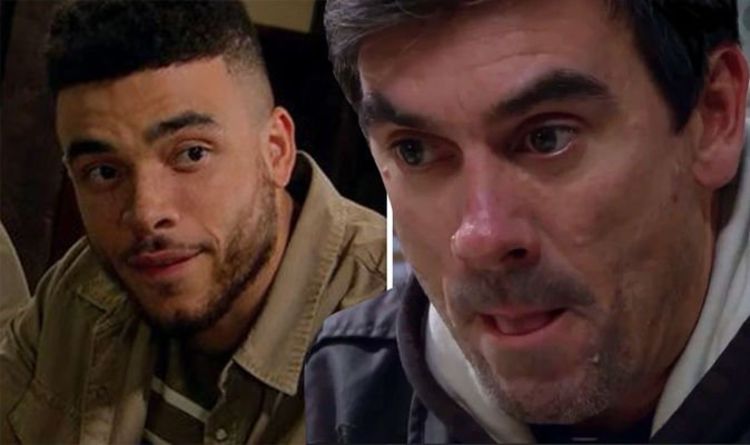 Fans of Emmerdale have been wondering exactly who Nate Robinson (played by Jurell Carter) really is on the ITV soap.

After weeks of eyeing up his employer Moira Dingle (Natalie J. Robb) on the ITV soap, Nate has started to wear down her barriers.

The pair have been fighting their feelings in plain sight of Moira’s husband Cain (Jeff Hordley), and Emmerdale bosses have revealed the storyline will come to a head in October.

But now one viewer has guessed Nate’s true identity by claiming he was brought to the village by resident villainous businesswoman Kim (Claire King), and the duo have been in cahoots to bring down Cain ever since.

Taking to Twitter, the fan wrote: “Nate is so trying to split Cain and Moira up. Kim is behind it. #emmerdale.”

Viewers will remember it wasn’t that long ago Kim made a beeline for mechanic Cain, intent on going after him and kick him and Moira out of Butlers’ Farm.

The returning character has since focused on other ventures, as she continues to build her empire in the Yorkshire Dales following her release from prison last year.

But has she been secretly planning to destroy Cain all along, and using Nate to do it?