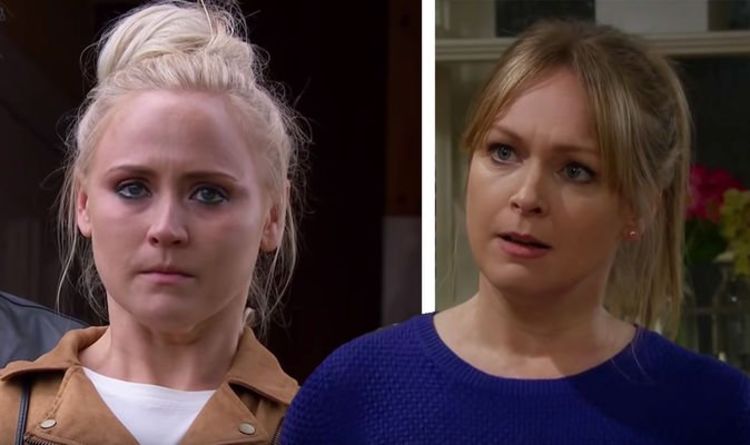 Emmerdale residents will gather for the funeral of Frank Clayton (played by Michael Praed) later this month.

It comes after the factory worker was killed following explosion at the Sharma sweet factory a couple of weeks ago.

With the investigation into how the fire started still open, fingers have been pointed in Frank’s direction, suggesting he was the culprit who started the devastation in revenge to Jai Sharma (Chris Bisson) firing him from his job as a packer.

Struggling to come to terms with the possibility Frank caused the fire and subsequently his own death, soap fans have seen his daughters wrestle with their emotions.

More recently, they have stuck together and put on a brave face, but tensions will rise again in upcoming scenes.

Vanessa recently found out the real reason why Tracy was in the factory in the first place; to meet Billy Fletcher (Jay Kontzle) for a secret rendezvous.

And it wasn’t long before the vet blamed her sister for putting their father in such a dangerous position, if Tracy hadn’t arranged to see Billy, she wouldn’t have become trapped or needed to be saved.

Putting their differences aside, the pair will take the stand in church and say a few words about Frank.

Convinced her father is innocent, Tracy explains to the congregation what a good man he was, determined to clear his name.