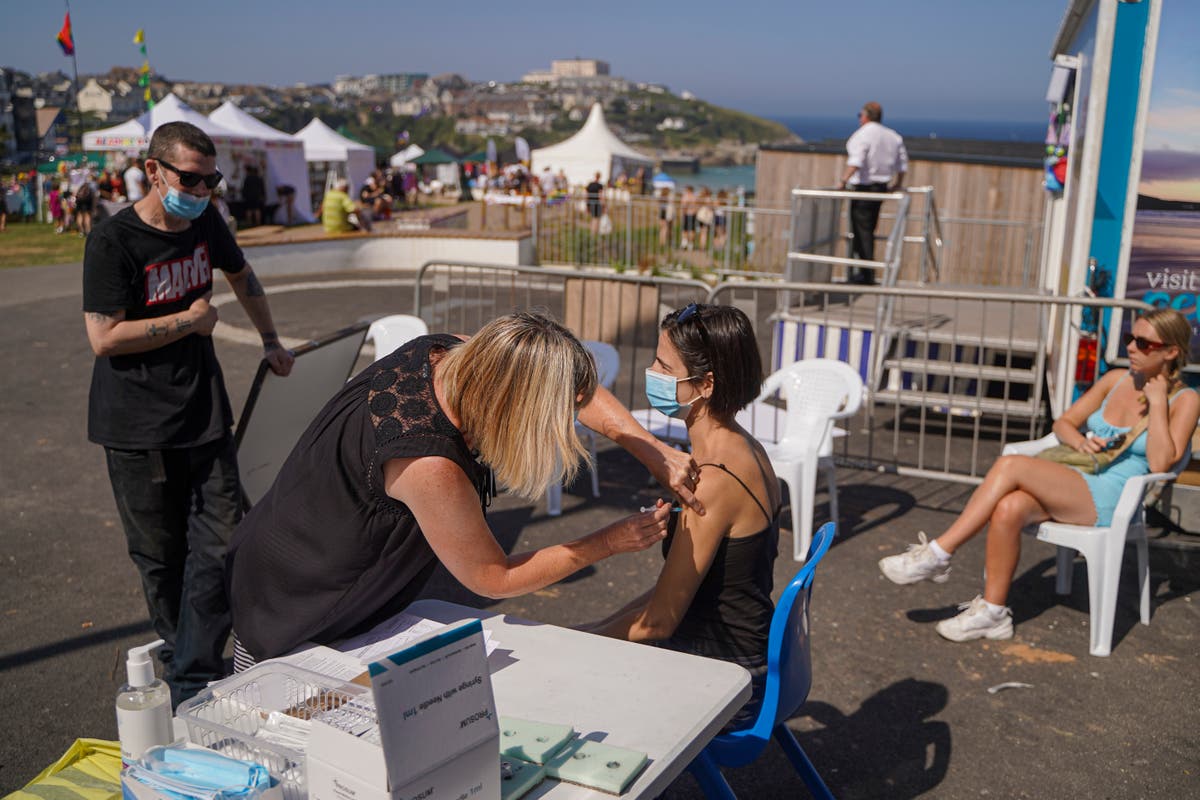 he CovidR-rate in England has number has fallen to between 0.9 and 1.1, the latest government figures show.

The R-rate, or reproduction number, was last week between 1 and 1.1.

An R number between 0.9 and 1.1 means every 10 infected people will, on average, pass the virus on to between nine and 11 other people.

When the figure is above 1, an outbreak can grow exponentially but when it is below 1, it means the epidemic is shrinking.

It comes as ONS says the percentage of people testing positive for Covid-19 is estimated to have increased in south-west England and the West Midlands.

London and the East Midlands saw a decrease, while the trend for all other regions is uncertain.

Yorkshire and the Humber had the highest proportion of people of any region likely to test positive for coronavirus in the week to August 27–around one in 55.

The East Midlands, eastern England and London had the lowest estimate–around one in 85.